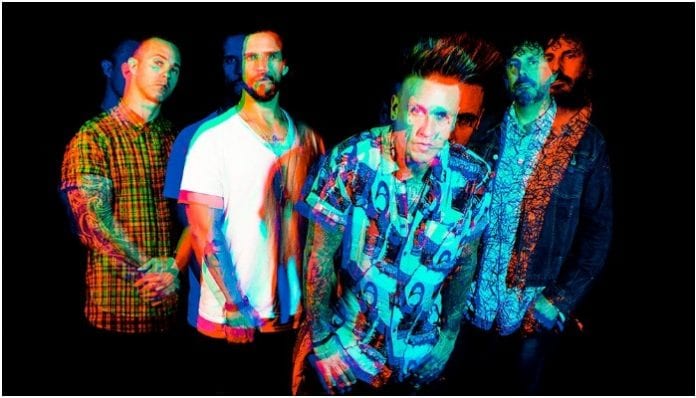 Papa Roach‘s next album is going to be heavy and aggressive according to recent words from frontman Jacoby Shaddix.

In an interview for Zippo Encore Live with Jose Mangin, he says the band are well on their way to packaging the follow up to their 2019 record Who Do You Trust?.

The band have been doing “a second round of songwriting” with “seven or eight pieces of music for the next record” according to Shaddix.

He further elaborates saying they’re planning on entering the studio this year with a new track coming in 2020 and the album expected to arrive in full by 2021. As far as the sound of the new material, he hints it’s going to be heavy which if you’ve checked out their past few albums definitely holds true.

“Some of it’s just heavy and nuts and just aggressive with these massive, big, pummelling riffs. And then there’s other stuff that’s that kind of experimental all-over-the-place-type stuff. We wrote this other song, like a ballad, where it’s just guitar and vocals, and it’s so stirring and emotional. This time has definitely stirred up something in the band that’s coming out really cool in the music.”

For the lyrics, he says he’s had “some time for introspection, looking inside again” and while some material will be taking on darker themes, there’s going to be songs “that just have this fun, hopeful vibe too.”

“I’m ready for some of that too, ’cause I’m a pretty happy, joyous dude that’s got my dark corners and my dark edges but I also know how to have a good time, so I wanna make music that lifts people up as well,” says Shaddix. “So I think that balance between the two is gonna make this next record special.”

You can watch the full interview below.

What do you think of Jacoby Shaddix’s comments about the next Papa Roach record’s progress and sound? Let us know your thoughts in the comments below.