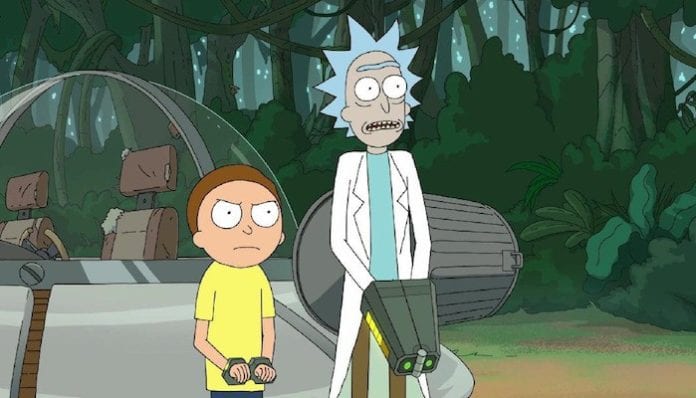 Due to the ongoing coronavirus pandemic, various television shows have been delayed due to productions shutting down. Although this means some of our favorite shows won’t be back for a while, the coronavirus lockdown is offering more time for other shows to move further ahead than scheduled. This appears to include Rick And Morty.

This week, Rick And Morty co-creator Dan Harmon confirmed that quarantine protocols are giving him a head start on season 6 of the binge-worthy show.

Read more: Marilyn Manson is getting a photobook documenting two decades of his life

Over the past few weeks, it has been released that a number of shows have been impacted by the pandemic. More recently, Ryan Murphy shared that season 10 of American Horror Story has been delayed. Along with this, Netflix series Stranger Things and The Umbrella Academy have also been impacted.

Despite the setbacks for many shows, Harmon confirmed this week that writing for Rick And Morty season 6 has already started. At the moment, the second half of season 4 is currently airing on Adult Swim. The season’s first episode premiered back in November 2019 and features a number of people including Taika Waititi (Thor: Ragnarok). Episode writing for season 5 is already happening, but nothing has been recorded as of yet.

Read more: Post Malone figured out he actually likes wine so he made his own

This week, Harmon took to social media to confirm season 6 of Rick And Morty. He shared the news in an Instagram post about a virtual table read for Community. The script he was reading was written by Rick And Morty alum Alex Rubens. In the post, Harmon also revealed that Rubens is back at Rick And Morty and is helping to write for season 6.

“One more magical thing about today,” Harmon says. “The script we’re reading, ‘Cooperative Polygraphy,’ is by Community and Rick And Morty alum Alex Rubens, who is BACK at RaM writing on season 6.”

Today we Zoom a special reunion table read of the Community episode in which Pierce bestows frozen sperm from his grave. The incredible Walton Goggins can’t make it so Pedro Pascal will play Pierce’s lawyer. He’s on some Disney show where Boba Fett’s in college with Yoda’s niece. In keeping with that theme, the part of Troy will be played by Lando. Yes, for real, the whole gang is back together. We got Horse Girl, we got Card Shark, we got ‘em all. I don’t know the details of when it will be available, but don’t worry about missing it, we’re doing it for you. Also streaming it live could never happen because we have to edit out @yvettenicolebrown’s rants about storming Area 51. One more magical thing about today: the script we’re reading, Cooperative Polygraphy, is by Community and Rick and Morty alum Alex Rubens, who is BACK at RaM writing on season 6. He was wearing a suit in yesterday’s Zoom session because during lunch he was attending a Zoom funeral. Not a joke. Hard to tell jokes from life these days. These are odd times but everybody that worked on the show has been feeling the love and joy from all the rookie and veteran Community fans binging the show on Netflix. I’m going to go take the first pre-table read shower of my life. Sincere love to the fans and the cast, thanks for the best pre-Cody years of my life #sixseasonsandamovie

Harmon did not reveal any further details about season 6 or when we can expect it to air. However, fans will be able to catch Rick And Morty episodes on HBO Max. Alongside South Park and the Gossip Girl reboot, all seasons of Rick And Morty will be on HBO’s streaming platform. HBO Max is launching on May 27.

Are you looking forward to future Rick And Morty seasons? Let us know in the comments below!