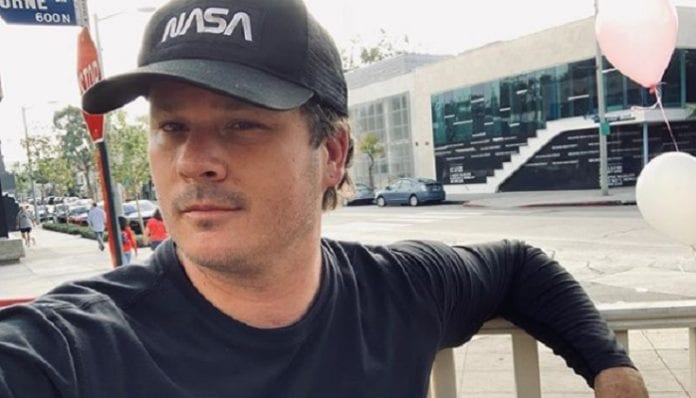 Earlier this week, the Pentagon officially released three videos featuring alleged evidence of UFO sightings. The videos were originally released by Tom DeLonge‘s research group To the Stars Academy of Arts and Sciences.

In an interview for RADIO.COM‘s Fandemic Instagram series this week, DeLonge is speaking out about the Pentagon officially releasing his company’s videos.

Read more: Here’s how Record Store Day is going to be much different this year

The videos appear to show unidentified flying objects moving rapidly across the sky while recorded by infrared cameras. Two of the videos contain service members reacting to how quickly the objects are moving. One individual speculates that the objects could be drones.

Following the Pentagon’s release of these videos, Pentagon spokesperson Sue Gough cleared up any misconceptions by the public regarding the footage.

“After a thorough review, the department has determined that the authorized release of these unclassified videos does not reveal any sensitive capabilities or systems,” Gough says. “And does not impinge on any subsequent investigations of military air space incursions by unidentified aerial phenomena.”

To the Stars Academy has been instrumental in the release of these videos. In his interview with RADIO.COM, DeLonge thanks everyone involved in the process and discusses how he felt once the news broke on Monday.

“Well, a lot of people feel like, ‘oh my god, do you feel so vindicated and validated?’ And I go, ‘yeah I guess on some level’ which is more of an ego-driven thing,” DeLonge shares. “But I have a lot of compassion for people because I’ve been brought into circles and I’ve been brought into things that are unnerving and a bit scary for people. I feel more compassion because they think it’s like ‘wow you must feel so cool.’ Well not really because you don’t know the whole story. And when you do, it’s gonna probably upset you for a little while.”

DeLonge then proceeds to talk about the emotions he felt when he heard the Pentagon was getting involved.

“I don’t really jump up-and-down feeling cool about this,” he says. “I feel almost like a doctor, what they must feel when they gotta tell people some news that’s hard for people to digest.”

When asked about the existence of other lifeforms in the universe, DeLonge got very candid in the interview. He explains what he believes will happen when other lifeforms begin interacting with our world.

Read more: Here’s why SXSW is facing a lawsuit over their refund policy

“The UFO subject, lifeforms coming here, interacting with our world and our government scurrying around, trying to figure it out and deal with it when it comes out, it is going to change the way people think about themselves,” he shares. “The belief systems that they have, religion, geopolitical order, [the] technology that can give clear running water and clean energy. All of these things, all these massively, massively transformation technologies and ideas will come from it. And it’s the only subject, there’s no other subject that will bring the whole word together except for this one. That’s why I believe in it so much.”

Along with RADIO.COM’s interview, the Angels & Airwaves frontman and To the Stars Academy have taken to social media to share excitement over the news.

“With today’s events and articles on my and @TTSAcademy ’s efforts to get the US Gov to start the grand conversation, I want to thank every share holder at To The Stars for believing in us. Next, we plan on pursuing the technology, finding more answers and telling the stories.”

With today’s events and articles on my and @TTSAcademy’s efforts to get the US Gov to start the grand conversation, I want to thank every share holder at To The Stars for believing in us. Next, we plan on pursuing the technology, finding more answers and telling the stories.

“This week, history was made. #Pentagon officially released 3 Navy videos acknowledging the existence of #UAPs and confirming that footage that was taken by U.S. Navy fighter jets was authentic. Read more from TTSA here: https://bit.ly/2VJxMO4″

This week, history was made. #Pentagon officially released 3 Navy videos acknowledging the existence of #UAPs and confirming that footage that was taken by U.S. Navy fighter jets was authentic. Read more from TTSA here: https://t.co/K9yxDT8fvi pic.twitter.com/GHhinaPvzh

Last July, DeLonge shared that his research group had found some “potentially exotic materials.” Although no details have been released yet, DeLonge may have more UFO-related evidence to share in the future. The news of these findings followed his op-ed about his alien knowledge that was released earlier last year.

What do you think of the latest Tom DeLonge UFO news? Let us know in the comments below!