While the infatuation with Netflix‘s Tiger King: Murder, Mayhem And Madness has died down a little bit, we’re still not out of the woods yet. The show is absolutely ridiculous. It scratches the itch of every type of niche entertainment from true crime to watching big cats do things.

One subject of the show, Joe Exotic‘s nemesis—Carole Baskin, wasn’t exactly thrilled about how she was portrayed. Thus, she has yet to do a public interview after the release. That is until recently when two British content creators tricked her into believing she was on The Tonight Show Starring Jimmy Fallon.

Tiger King has been a wild wide for everyone since its release back in March. We found out that Joe Exotic’s music wasn’t actually his, and we’ve seen those songs covered by everyone from Trivium‘s Matt Heafy to the Offspring. We learned he asked for Marilyn Manson‘s endorsement when he ran for public office. Tiger King ruined other shows for twenty one pilots‘ Tyler Joseph and unfortunately, led to a brief roast of Mötley Crüe‘s Vince Neil by Joel McHale.

We’ve heard from many of the pople involved with the show. But, we have yet to hear from the main nemesis of Joe Exotic, Carole Baskin.

Baskin runs Big Cat Rescue and was the target of Exotic’s murder-for-hire plot that ultimately landed him in prison.

Unhappy with the way she was portrayed on Tiger King, Baskin has refused any interview regarding the show since its release.

But, it’s just not fair for such an intriguing big cat person to be left out of the limelight. Her opinion and perspective on big cats is just as valid as any one who was on the show.

So, two pranksters decided to pretend to be Jimmy Fallon and get Baskin’s first public interview since the show released.

Josh Pieters and Archie Manners released a video showing how the prank was done. Proving that with the right technology you can easily pretend to be someone else through a remote interview. That, and and a whole lot of courage. Plus, a good amount of luck.

The prank video shows how they contacted Baskin. As well as how they fooled her into actually thinking she was talking to Fallon. And, how they conducted the interview by scouring hours of footage on the internet for perfect soundbites of Fallon saying things. Check it out below.

Read More: Travis Barker weighs in on Joe Exotic with an unexpected comparison

While the prank might be rude, Baskin has since stated that she thinks it was all in good fun. She even got to highlight a specific platform she is supporting—The Big Cat Public Safety Act, so no harm, no foul.

In a statement to ET, a representative from Big Cat Rescue speaking on behalf of the Tiger Queen said it was a “fun prank.”

“I was suspicious as we were doing it because the questions appeared taped,” the statement reads. “But had no idea it would turn out to be such a fun prank. It gave us a very welcome good laugh. I appreciate their cleverness and that they created their video in a way that I don’t feel was in any way mean spirited.”

What do you think of this prank? Tell us your thoughts on Tiger King in the comments below! 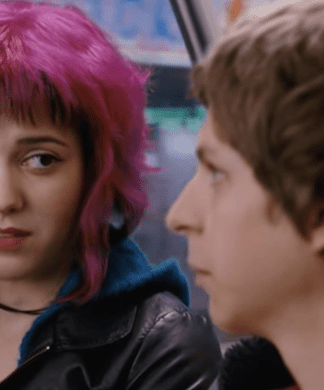