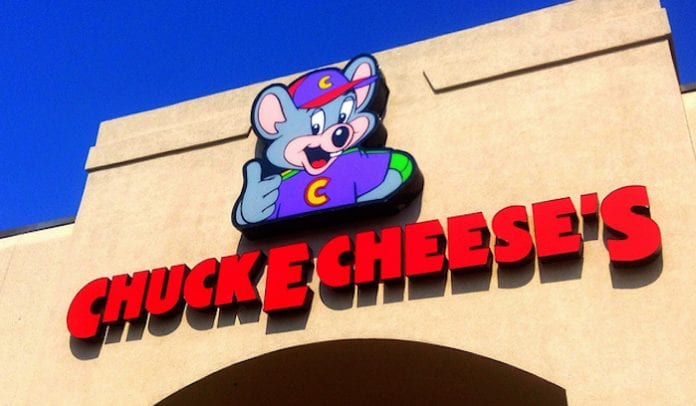 Restaurants have been pushed mostly to delivery options in the midst of the coronavirus pandemic but Chuck E. Cheese is resorting to changing their name on delivery apps as people aren’t as interested in their pizza as they would have thought.

People have noticed on delivery apps like Grubhub or UberEats that they’ve changed their name to “Pasqually’s Pizza and Wings” causing some confusion among customers ordering pizzas on the apps.

In case you don’t know, the company have a character in their franchise called Pasqually P. Pieplate.

In a statement to Food & Wine, the company explained their name confusion after a user gave their experience and the report showed the Philidelphia location had the same address as the pizza joint. Other cities have shown a similar situation too.

“CEC Entertainment, Inc. recently launched Pasqually’s Pizza & Wings nationwide. The inspiration was rooted in the desire to create a premium pizza while staying true to the CEC brand,” the statement reads.

The representative further says Pasqually’s does share “kitchen space” with Chuck E. Cheese. On top of that, they claim the pizza isn’t exactly the same and features “a different pizza that features a thicker crust and extra sauce.”

One Reddit user gave an explanation from his experience as a delivery driver for how a name change isn’t as uncommon as you may think.

“I work for Grubhub, it’s what we call a virtual kitchen, usually used for places that want to try to have a different concept to create more income but its delivery only,” they say.

Others have also recognized the sneaky name change and are posting about it on social media. You can see some of those below.

Chuck E Cheese is selling their food as “Pasqually’s Pizza” on food apps because no one wants to order Chuck E. Cheese pizza for delivery and I think this is nominated as the funniest part of this pandemic

nobody wanted take out from Chuck E. Cheese, so they changed their name to Pasqually’s on GrubHub, put a fake sign on their windows, and now they’re trying to pass it off as (bad) marketing for a new restaurant launch.
THIS. IS. HILARIOUS.https://t.co/avRTJueY0E

What do you think about Chuck E. Cheese changing their name on delivery apps? Let us know your thoughts in the comments below.