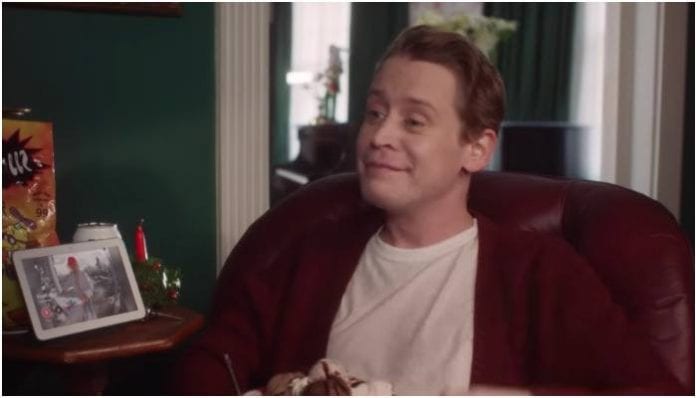 In an interview with E! News, show creator Ryan Murphy says Culkin spoke about his excitement for the part and called it “the role I was born to play.”

While speaking on the new season and Culkin’s inclusion Murphy says it came from a love for what the actor has accomplished.

“You know, it came about just because it’s how I always do things where I have always loved Macaulay Culkin’s work,” Murphy says. “I loved everything that he’s done, I love the stuff he did in Home Alone, I also loved the sort of the older, more recent stuff that he did. And he hasn’t worked in a while.”

Adding to that, Murphy says he’s specifically excited about including Culkin “because I think he’s fascinating and interesting, and I think he has a soul. There’s both a lightness and a darkness with Macaulay Culkin that I’m attracted to.”

The forthcoming tenth season of American Horror Story is written and ready for filming once productions are allowed to commence.

In an interview with The Wrap, Murphy shares that season 10’s plot is greatly dependent on warmer weather. As production is likely to be stopped for quite some time, pushing filming into the colder months, Murphy says a lot of things will have to be reevaluated.

“A lot of what I was going to shoot was dependent on a very specific moment,” Murphy says. “It was a weather-dependent show. So now I don’t know. I don’t know what we’re going to do.”

Murphy says he’s evaluating whether or not he’s going to change the season or work on another in the meantime. “I don’t know what I’m going to do next with that show,” he shares. “I don’t know if I’ll accelerate another season or wait til next year to shoot this one.”

Nevertheless, the actors and crew are stoked to get working on the season.

“You know, nobody so far has called me up and said, ‘OK, we have a plan to move forward for shooting,’” he says. “So until that day, everybody is kind of on pause. I honestly don’t know. But it’s a great season and I know all the actors are chomping at the bit to get into it.”

What do you think of Macaulay Culkin’s excitement for joining the American Horror Story cast? Let us know your thoughts in the comments below.