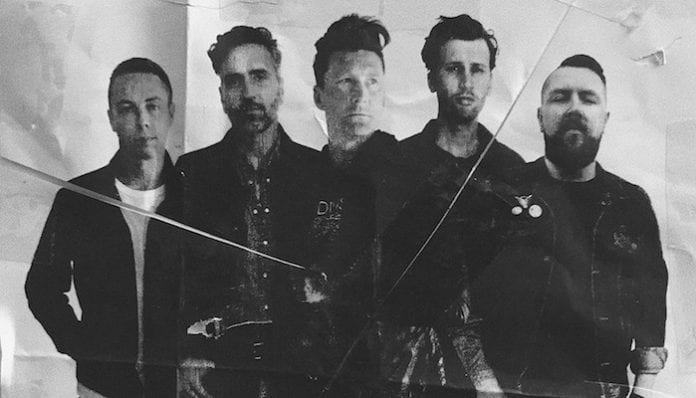 Anberlin are confirming they are working on their first new music since their 2014 record Lowborn putting an end to their musical absence.

The band broke up in 2014 with reunion shows in 2018 and 2019 but now they’re officially making a proper return with new material.

Read More: Black Veil Brides are already working on their next album

The band confirmed after their reunion shows that they won’t be making a full comeback anytime soon due to other commitments in their life but now a new record is coming.

The alt-rock act played a one-off show in 2018 with Underoath while the day prior they did a single headlining concert.

Following that, in early 2019 they did a short run of shows in Australia with a North American tour to follow.

More recently, the band hosted a livestream event on May 24 performing acoustic tracks where they made the announcement.

Be sure to tune in tonight at 8pm ET for our first full-band livestream event – Miles From Here, In Other Towns. Tickets: https://t.co/PQWSsTbnuj pic.twitter.com/CRGJTrEdNA

Now, they’ll be preparing their first bit of new music since Lowborn aside from a 2015 live album.

“We decided we like each other enough to work on writing music together again,” frontman Stephen Christian said during the livestream.

They were planning on playing shows in the US this summer but with the coronavirus pandemic making concerts impossible to host the new album will likely be arriving sooner than expected.

Fans are undeniably happy about the news. You can see some of their reactions below.

Read More: This new Spotify update means you’ll never be able to max out your library

Fun fact: The only band I ever cried for when they disbanded was @anberlin.

Funner fact: Also the only band I’ve ever jumped up and down for when they announced a new record.

Funnest fact: That new record announcement I jumped up and down for was last night. #anberlinLP8

Well @anberlin just announced they’re writing a new album. That announcement literally made all of 2020 worth it

Are you excited to hear new music from Anberlin? Let us know your thoughts in the comments below.