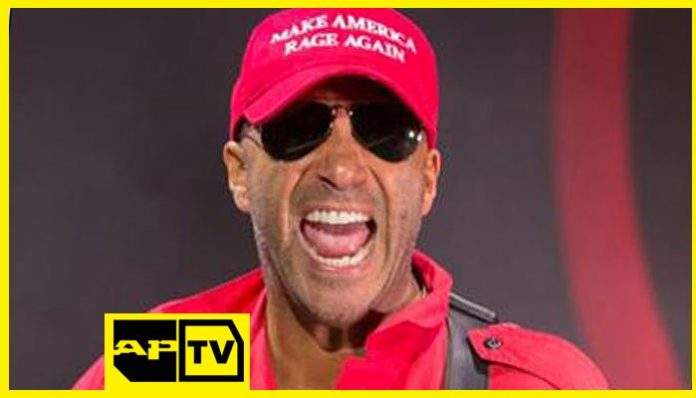 Thirty years ago, Nirvana rose to historical status as the torchbearers of alternative rock. Their music conveyed the angst, cynicism and nihilism that defined Generation X. In sharp contrast, Los Angeles’ Rage Against The Machine flung a psychic 50-quart Molotov cocktail straight at the heart of that generation’s apathy. The multi-cultural quartet drew from hardcore, metal, funk and punk to deliver some of the most bracing rock music of that era.

Consequently, Rage Against The Machine succeeded in etching their name in the veneer of music history. But it wasn’t enough. The quartet jump-started a great sense of activism and awareness about injustice and oppression. You may have heard someone describe an energetic rock show by claiming the band “left it all onstage.” Well, the truth is RATM maintained that fury post-gig, as well. And that is what this APTV video is all about.

Read more: Rage Against The Machine on why doing is the best way of saying

Our video runs down the moments where the RATM heart pumped furiously. No gesture was too big. Who would have thought a rock band would scare Wall Street more than the White House? Rage Against The Machine triggered law enforcement officials just by announcing a tour. But it wasn’t all on the band. Some of the moments included here were perpetrated by fans inspired by the band’s vision. There were also moments where the band’s fans felt cheated. The faithful may not have had gotten music, but they did get food for thought. Which was always the band’s modus operandi. This is precisely why their reunion announcement last year was so compelling.

The only thing that Rage couldn’t take on? That would be the coronavirus. But they will help us move things forward. Rage Against The Machine know that the countr… er… planet  wants change. At a time where America’s institutional power structures are flexing harder than ever, we the people need to galvanize. As this video shows, Rage Against The Machine have perpetually paid things forward. And we doubt they’re going to stop now.

Grayscale aren’t wasting any time during the pandemic

This Joker tattoo in ‘Suicide Squad’ has a bigger meaning than...