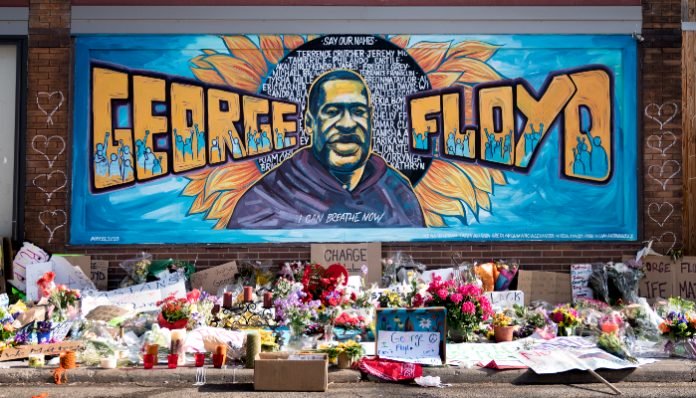 More than a week after George Floyd was killed, charges have been laid against all four officers involved as protests across all 50 states continue over police brutality.

The attorney representing Floyd’s family Benjamin Crump said on Twitter that the family are gratified with the decision.

“FAMILY’S REACTION: This is a bittersweet moment. We are deeply gratified that @AGEllison took decisive action, arresting & charging ALL the officers involved in #GeorgeFloyd‘s death & upgrading the charge against Derek Chauvin to felony second-degree murder.”

“Mr. Floyd died in our hands and so I see that as being complicit,” Chief Medaria Arradondo told CNN. “Silence and inaction, you’re complicit. If there was one solitary voice that would have intervened … that’s what I would have hoped for.”

Artists have been reacting to the news of the updated charges including Ice-T, Fall Out Boy‘s Joe Trohman, Demi Lovato, Ice Cube, and more are pointing out that while this is a good step, the problems aren’t done being fixed and it was a long overdue decision to make.

Justice moved half-millimeter today. We got 3000 miles to go.

imagine if they had been arrested the day it happened like everyone else is when they kill someone in broad daylight on camera. https://t.co/SlsFdau8Qd

If you’re looking for ways to donate and show support to the Black Lives Matter movement as well as the protesters involved, there are many ways you can do so.

The Minnesota Freedom Fund was previously looking for donations but asked for a pause on donations on June 2. They are directing people looking to help to Reclaim the Block’s list of organizations that could use support at this time. You can head here to see that list and show your support.

Demi Lovato brings back our Myspace days for an emo Travis...

Post Malone gets backlash for playing sold-out arena amid coronavirus