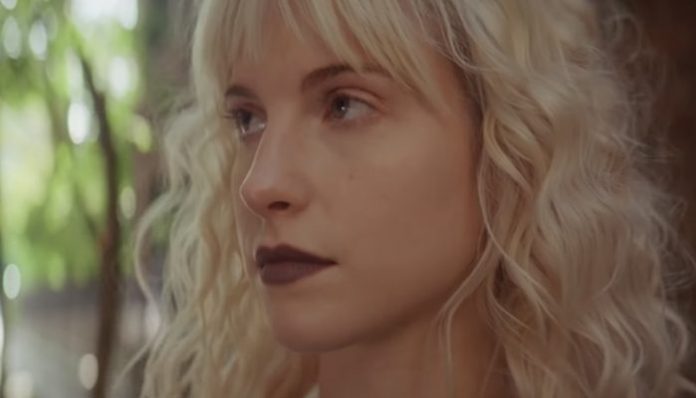 The album is sitting atop the chart with 22,000 equivalent albums sold and 17,000 units coming from album sales.

The new album arrived on May 8 after she steadily dropped material from the record along the way.

Further, this is now making her the first woman to ever lead the Rock Album Charts as a solo artist and with a group according to Billboard.

On top of that, 2020 is the first year to have the rock charts led by two solo women since 2015. That year, Brandi Carlile and Courtney Barnett both topped the charts.

On the overall Billboard 200, Hayley Williams is ranking at number 18 with Petals For Armor. Overall, Paramore made it into the top 20 four times with three entries in the top ten and one top spot with their 2013 record.

From the new record, two tracks made it into the Hot Rock Songs Chart. Lead single “Simmer” is back at number 28 after sitting at number seven in February while “Dead Horse” debuts at number 36. Back in February prior to the record’s release, “Leave It Alone” landed at number 39.

In case you haven’t heard the record yet, you can stream it in full below.

What do you think of Hayley Williams getting the top Rock Album Chart position with her debut solo album? Let us know your thoughts in the comments below.

This Joker tattoo in ‘Suicide Squad’ has a bigger meaning than...

Here are the LGBTQIA+ bands who should already be on your...