Home News Here’s when twenty one pilots are giving “Level Of Concern” its live... 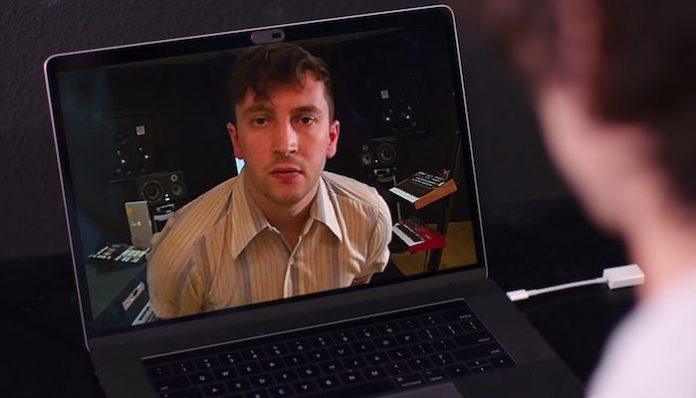 While it won’t be possible to see twenty one pilots play their new song “Level Of Concern” at a concert for a while, the band are still giving the track its live debut.

Next week, they’ll be appearing on The Tonight Show Starring Jimmy Fallon to play the new track live for the first time.

Read More: Here’s what new shows and movies Hulu is bringing us in June

They dropped the track back at the beginning of April marking the first bit of new music since their album Trench.

The song saw the band donating a portion of proceeds to Live Nation‘s Crew Nation initiative launched at the beginning of April. Tyler Joseph mentioned he wanted the song to be a part of benefiting others.

“I also want a portion of whatever money this song makes to go to this charity I saw called Crew Nation,” he says. “It provides funding for people who work in the live music industry who don’t have a job right now.

“No one knows when live music will get back on its feet,” he continues. “I’ve met so many amazing people working venues and touring with bands. Hopefully, we can do something to help some through this song.”

Now, the band are set to play the song live for the world for the first time ever.

They’re appearing on Jimmy Fallon’s late night show on May 22 as the musical guest.

The show is currently airing at 11:35 ET/10:35 CT. Currently, the talk show is airing with Fallon filming content remotely.

The band have been making the rounds doing interviews with several radio stations and others over the past while. The duo recently hit up SiriusXM’s Alt Nation to host a show. They picked out a selection of songs that included the likes of Death Cab For Cutie, Angels & Airwaves, Atreyu, Box Car Racer and more.

Along with this, Dun recently gave an in-depth interview about “Level of Concern,” Netflix‘s Tiger King and more. Joseph also did a social distancing interview back in April where he smoothly touched on the rumors that Dun and Debby Ryan are secretly married.

Earlier this week, an interview with Apple Music revealed we will be hearing a new album from Joseph and Josh Dun sooner than we think.

Joseph says he is writing twenty one pilots’ next record. With their schedules cleared up for a while, Joseph shares that more new music will be arriving sooner than most would think.

Interestingly though, he says the album may not be a continuation of the band’s discography as he’s still in the writing process.

What do you think of twenty one pilots’ performing “Level Of Concern” on The Tonight Show Starring Jimmy Fallon next week? Let us know your thoughts in the comments below.

San Diego Comic-Con is planning to move forward with event in...