Home News Trapt are taking a break from Twitter beefs to put out a... 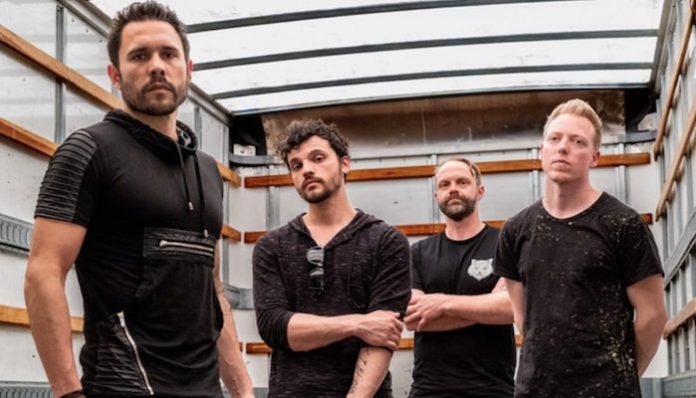 Trapt are revealing the release date for their new album Shadow Work after teasing a new song last month.

The band have been wrapped up in constant social media battles since the beginning of the coronavirus pandemic but now we’ll all get to see just how well a new release from the band goes over on streaming services.

Read More: The ‘13 Reasons Why’ cast says farewell in the first look at the last season

The band are, of course, still battling with people in an attempt to try to justify the decisions made by the Trump administration during the pandemic.

Now, they’re promoting a new record too though and after many debates over streaming service numbers, we’re going to get to see exactly how a new Trapt record goes over with people in terms of sales and streams.

Shadow Work is arriving on June 19 while new songs “Make It Out Alive” and “Tell Me How You Really Feel” are coming May 15.

A third single, “Far Enough Away,” is also coming on May 22.

As previously reported, Trapt teased “Tell Me How You Really Feel“ with a snippet of the track. The song drew a mixed reaction with Trapt fanboys stepping in to give light praise for the generic song while others were quick to dismiss it.

Pre-orders for the new record are available on May 15, if their music is your type of thing.

In case you’re out of the loop on who Trapt are or what they’ve been up to, here’s a brief rundown.

Frontman Chris Taylor Brown has been getting into Twitter beefs with just about everyone in the metalcore scene, Captain America star Chris Evans, Ice-T, a Trapt parody account and plenty of others.

The controversy began with comments defending Trump’s response to the ongoing pandemic. From there, inflammatory and derogatory comments have been tossed around leading to bands trolling the musician over their streaming numbers relying on their hit track “Headstrong.”

Now, we’ll get to see just how many streams and sales Trapt can actually bring in with new music as their album comes out next month.

What do you think of Trapt releasing a new album right now? Let us know your thoughts in the comments below.

Bret Michaels knows as much about the Mötley Crüe tour’s status...