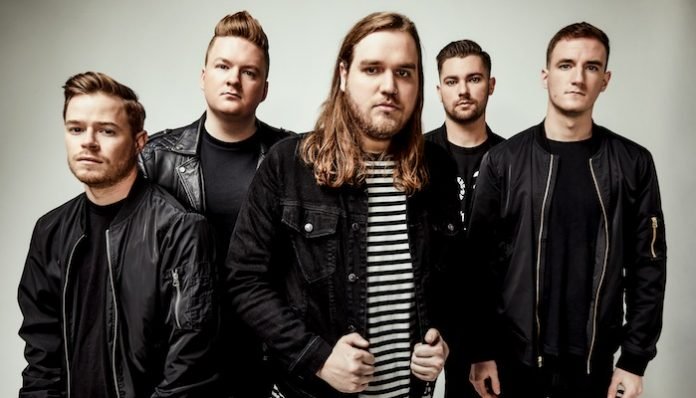 Wage War‘s Cody Quistad is offering up a short acoustic set of some of the band’s tracks off of their 2019 album, Pressure.

The guitarist is plucking away at his acoustic guitar from his home in Nashville for a fun performance as part of Fearless Records‘ Fearless At Home livestream event.

Read More: Tom DeLonge and blink-182 will play together again when the time is right

The band revealed they would be taking part in the event earlier this week when the label revealed their lineup of artists showing up.

Check out an acoustic performance during @FearlessRecords‘ #FearlessAtHome livestream on May 9th! Get all the info at https://t.co/MSjs3FKdEo #StayHome #WithMe pic.twitter.com/cQsxEVYP8i

Quistad is checking in from his house for a brief acoustic set of songs off of their latest record.

During the performance, he offered stripped-down, raw versions of their songs “Hurt” and “Will We Ever Learn.”

You can check out the performance below.

The band’s last album Pressure arrived last year with the band enlisting producer Drew Fulk to work on the album. They kept metal at the forefront of their sound with the album making these acoustic performances all the better.

Leading single “Who I Am” sets the tone and theme for the new album which sees them becoming older and wiser, leaving behind all things negative and pushing on in search of solutions.

Between records, the Florida quintet kept the momentum up with unplugged versions of fan favorites, “Johnny Cash” and “Gravity.” While they clearly have skills using acoustic guitars, those sounds are one softer side that didn’t make it onto the album. Instead, Wage War found new ways to balance their trademark mosh interludes.

We spoke with Quistad back when the album was arriving and while their sound saw a number of changes with the record, the guitarist already had plans for acoustic versions of some of the songs back then.

You can read more about their latest album here.

What do you think of Wage War’s Cody Quistad’s acoustic performance for Fearless At Home? Let us know your thoughts in the comments below.

Here’s when ‘Supernatural’ is expecting to reveal its final episodes