Home News Chunk! No, Captain Chunk! are working on their first new music since... 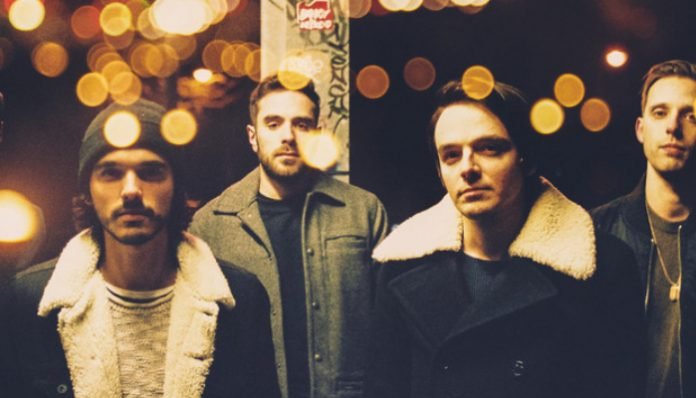 [Photo via Chunk! No, Captain Chunk!/Spotify]

Chunk! No, Captain Chunk! disappeared from the music scene back in 2016 but the band’s frontman Bert Poncet is here to dispel the idea that they broke up while revealing they’re going to be releasing new music very soon.

Poncet is revealing they’re working on new music in a video message for Fearless Records‘ Fearless At Home livestream.

The musician is explaining the band’s current happenings for an exclusive teaser during the livestream event.

In the video, he says he hopes everyone is well and safe before discussing their plans for new music and touring.

“I know we’ve been silent for a while now but first of all I would like to disprove rumors that the band broke up or whatever because we never did so that’s one thing. Also, I would like to thank our fans for sticking around. We’re very lucky and very proud to have such a great supportive community of fans. That’s truly amazing guys so thank you, thank you for that. The truth is, we miss playing shows and I am very sad we had to cancel our participation in the few festivals we had planned this year because of the virus obviously but I promise we will make up for that.”

He continues by explaining they’re actively working on new music and it will likely be arriving this year.

“I have big news and I am incredibly excited to share with you that we are currently and actively working on new materials that will probably be released later this year. Mark my words guys, it’s going to be huge so stay tuned.”

We also spoke with Poncet about their return and what fans can expect to come from them over the next while.

“The new songs are currently being written. It’s still pretty early in the process but it’s safe to say that they’re the catchiest songs we’ve ever written. The pre-production has been on repeat for a while so that’s a good sign, and we will make sure they come out perfectly and exactly the way we want. It sure took us a while to get back on track but that time was necessary because after three studio albums it can be hard to feel inspired, especially in a niche genre like ours,” says Poncet.

“We’re taking a completely different approach to songwriting compared to everything we’ve done in the past, and I am glad we got out of our comfort zone. It will still sound like us, but better! And in all honesty, these new tracks are my personal favorites at the moment!”

After Chunk! No, Captain Chunk! revealed their return to live music on Christmas Day last year, they were forced to cancel appearances at Slam Dunk Festival and other events due to the coronavirus.

Now, Poncet is saying the band are looking forward to their new music and getting it together to play shows again next year.

“Earlier this year, we announced we were playing Slam Dunk in the UK and in Paris among other festivals. We got 2020 all planned out and we were very excited to get back on stage, especially because Slam Dunk has always been one of our favorite festivals to play. Obviously, our expectations for 2020 went down the drain and unfortunately we won’t be able to play the rescheduled Slam Dunk dates this year. Needless to say it’s a huge disappointment. However, now we have more time to focus on new material and we are dedicating all of our efforts to that right now, so we will have the best possible songs to play live next year,” says Poncet.

“We miss playing shows. It actually feels weird not playing for so long. Hopefully life will get back to normal soon so we can hit the stage and connect with our fans, which have been amazing by the way, as they have been sticking with us despite our silence. Times are strange, but we’re grateful to have such a great community of fans!”

Are you excited for Chunk! No, Captain Chunk!’s return? Let us know your thoughts in the comments below.