Home News Tom DeLonge and blink-182 will play together again when the time is... 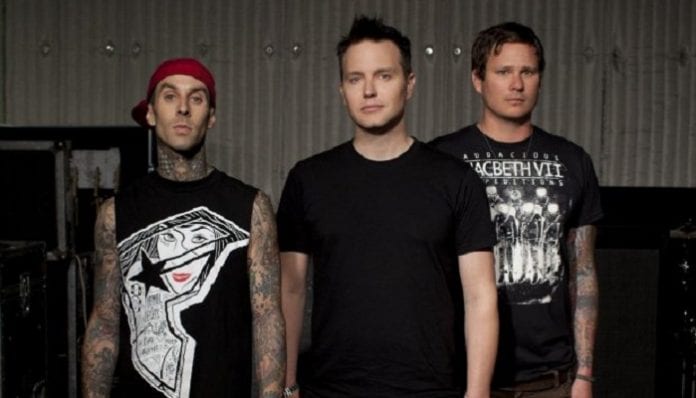 Tom DeLonge says a reunion with blink-182 is just a matter of timing and he still frequently speaks with members Mark Hoppus and Travis Barker.

In an interview with Rolling Stone where they extensively discussed the UFO videos unearthed by To the Stars Academy of Arts and Sciences, the former blink-182 member also discussed a recent sentimental post about the band and what it meant for a potential reunion.

Read More: This is what Live Nation is doing to bring back concerts this summer

The interview primarily focused on recent discussions in the government about the UFO videos.

“It’s wild,” says DeLonge at the beginning of the article. “I can’t believe we pulled this off. It’s a big deal, and so much more is coming. I think people need to buckle up.”

Elsewhere though, DeLonge discusses a post he made on Instagram about blink-182. The post discusses how lucky DeLonge feels to be afforded the opportunities he’s gotten from the band.

“I was going through old photos and saw some old photos and just felt like it. You know, I talk to Mark and Travis every so often. I just talked to Mark the other day, and I talk to Travis about every week or two. And you know, I was feeling a little sentimental, but there’s no hidden message there or anything,” says DeLonge.

He continues by saying a blink-182 reunion is inevitable but at the moment, Angels & Airwaves is “on a roll” and To The Stars Academy is having a massive moment right now.

“Everyone wants to know, “Are you guys gonna play again?” Yeah, of course we are. We just gotta figure out the timing, how it works for everybody,” he says. “We’re getting ready to put out the best record we’ve ever made. So I’m really busy with that. I’ve got multiple film projects. As you know To The Stars Academy is just booming, so I have all these priorities I’m responsible for, and I can’t just stop and go do a blink 182 tour because it sounds fun. It’s a big thing.”

What do you think of Tom DeLonge saying a blink-182 reunion will eventually happen? Let us know your thoughts in the comments below.

Bob Nanna (Braid) explores the stages of grief on his next...

A Lizzo song was removed from ‘Rock Band 4’ because of...