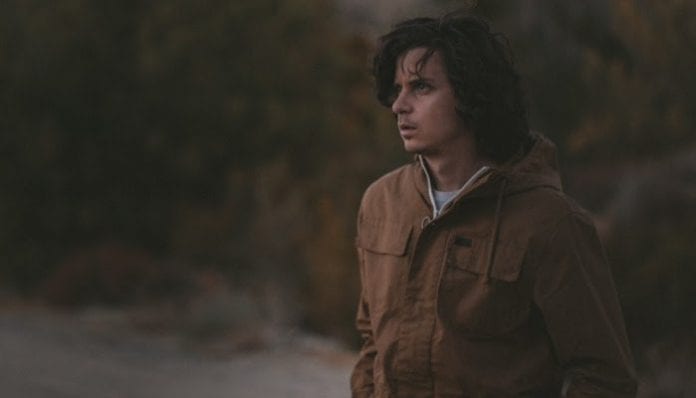 Watsky is aiming for a massive achievement as he’s starting a 33-hour long freestyle rap challenge to get the Guinness World Record for Longest Continuous Rap Performance.

The rapper is starting his freestyle tomorrow at 10 AM PT and will go for 33 hours and 33 minutes to beat the current record of 25 hours, 56 minutes, and 4 seconds by Pablo Alvarez.

Read More: Marilyn Manson wants to record a “Somewhere Over The Rainbow” cover

He’s also revealing to fans that his postponed tour dates have been rescheduled for 2021. As a way to give something fun for fans to check out while supporting a good cause, Watsky is preparing for the freestyle world record. The aim of lining up 33 hours, 33 minutes and 33 seconds is to match his three album series.

The entire time of the livestream, he’ll be taking donations supporting his band and crew as well as the Sweet Relief Musicians Fund. Profits will also be split with a fan relief fund for those who haven’t been able to get refunds for tickets seeded by a $10,000 donation from the rapper.

The previous record holder spoke with Miami New Times about breaking the record and ended up revealing the difficulties with freestyling for over 24 hours.

Alvarez’s achievement started from him “joking that I could freestyle all day,” but became a reality. He ran a Facebook livestream where fans could pop in and out while giving suggestions for words to use.

“I was incorporating their words into my rhymes,” Alvarez says. “They would throw something at me that they thought I couldn’t rhyme. I was probably given the word ‘orange’ twenty times throughout the day.”

He said at the time that he sipped water, had a smoothie a friend brought him, one energy drink and a single bathroom break.

“The interesting thing is the Guinness Book of World Records gives you a five-minute break for every continuous hour of activity. I didn’t take any breaks, I kept going 25 hours straight. I didn’t stop.”

Partway through, he realized his body wasn’t agreeing with his decision though. If Watsky plans on beating his record, hopefully he’s prepared for a difficult journey. Alvarez says he could feel his throat was swelling, his sinuses clogging and his tonsils felt raw part way through.

“I didn’t understand that part. My body was shutting down on me — I could tell.”

Do you think Watsky can achieve the longest freestyle rap world record? Let us know your thoughts in the comments below.

Watch the Killers reimagine “Land Of The Free” in support of...