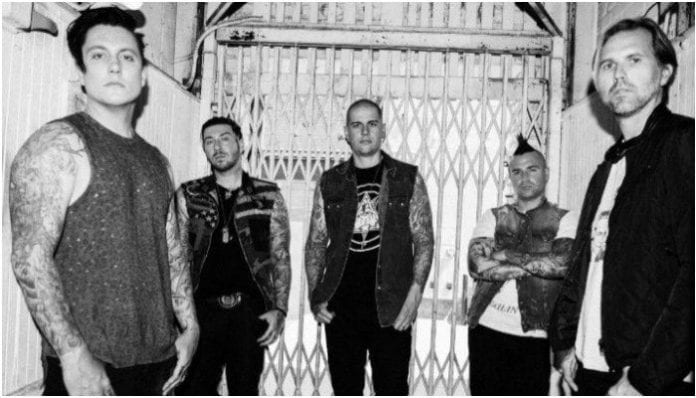 Back in March, Avenged Sevenfold created an initiative for fans to stay at home and win merch items and now they’re revealing that thousands of fans ended up participating.

Vocalist M. Shadows says in a recent chat with Zippo Encore’s Jose Mangin that over 3000 fans participated and they’re finally able to ship items out after some issues with their store.

Read More: Vans is revealing a washed out aesthetic for their new footwear line

Avenged Sevenfold’s contest saw them teaming up with designer Warren Lotas for exclusive merch items. The rules were very straight-forward.

Fans wanting the gear pledge to stay at home for seven days during the coronavirus pandemic. The A7X team checks in with people by reaching out at a random time (via Instagram stories), requesting them to post a selfie with a special “phrase of the day” written on a piece of paper. Fans then post the image to a special webpage within 30 minutes of receiving the phrase. If you missed a day, it’s not a problem: You start at zero until you reach seven days.

Starting tomorrow we will be joining our friends Warren Lotas in incentivizing people to stay home for a full 7 days and self quarantine. pic.twitter.com/DjvKBuTmnL

Now, M. Shadows is revealing the success behind the initiative.

Read More: Here are all of Rage Against the Machine’s rescheduled tour dates

“We wanted to do something, but we didn’t want any agenda in it for us,” the singer says.

“So we said, ‘Okay. If we get people to stay home for seven days…’ This company Warren Lotas, they were doing it first, and we were in contact with those guys, and they were, like, ‘Hey, we’re gonna do a thing, where if people go online and can prove they are at home for seven days in a row, then we’re gonna send them free stuff.’ And we were, like, ‘Okay. That would be cool.’ We felt it would be important, instead of coming out with a statement, [to let everyone know] that we were taking this seriously. ‘Cause I know a lot of people believe in conspiracy theories, that they wanna believe that this isn’t a big deal or this and that, but we wanted to have our own way of letting people know that we’re taking it seriously and we hope you do too.”

Unfortunately, the band’s merch store was shut down so they’re now sending merch out.

“Our shop got shut down, so we’re sending the stuff out now, but we had about three thousand people that checked in seven days in a row,” he continues. “We didn’t wanna make any money off it. We’re paying for all the shipping, we paid for all the merchandise, we paid for all the people to do it, and so we’re gonna send them something cool. And it’s gonna start this week, once the shop starts coming back online and we’re able to get some people in there.”

What do you think of the success of Avenged Sevenfold’s quarantine challenge? Let us know in the comments below.