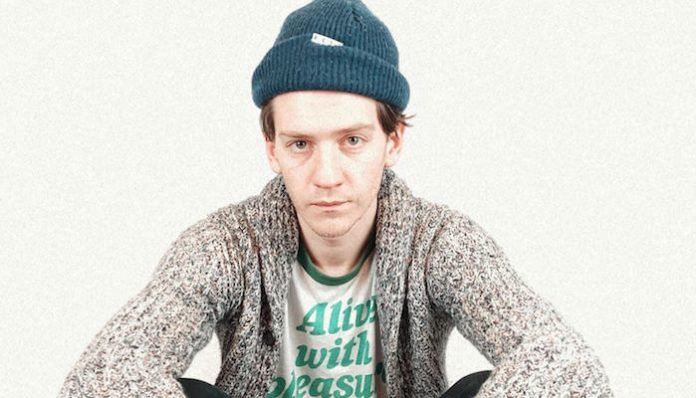 You may know Nick Santino as the frontman of his previous music projects A Rocket To The Moon and Beach Weather. This year, however, Santino is letting his solo music take the forefront of his music career.

It’s been nearly six years since Santino last released music under his solo project and today he is back with his new single “Peace & Love.”

For Santino, “Peace & Love” is the first musical release from his new life off of tour as both a father and a husband. The change in his life over the past few years is what ultimately inspired “Peace & Love” and the three other songs that make up his forthcoming Peace & Love EP.

“I’ve spent the last few years collecting my thoughts and learning how I can be the best version of myself,” he says. “When my wife and I welcomed our son Harrison into the world, everything changed for us. I was immediately struck by this overwhelming feeling of joy, love, fear and just wanting to do better.”

The current events happening worldwide, particularly with the ongoing COVID-19 pandemic, are also partly responsible for Santino’s decision to release new music. He hopes that “Peace & Love” and the rest of the EP will bring positivity and hopefulness to listeners during these trying times.

Motivated by the idea of playing piano for his son, Santino taught himself how to play the instrument. The new instrument became the backbone of his writing for this forthcoming EP.

“I wrote only on this old piano and typed lyrics on an old baby blue typewriter,” Santino shares. “I just wrote and played and typed over and over again until I had a bunch of songs living in my head.”

Once Santino had a handful of songs, he picked up his guitar and began recording. These recordings would eventually become the framework for his forthcoming EP.

Read more: Here are the days when Bandcamp is waiving their revenue fees for artists

“Then one afternoon, I set up two mics and picked up my acoustic guitar,” he says. “I really just wanted to hear these songs played on something other than a piano for a change. And an hour later, I recorded some live takes and Peace & Love took shape.”

Peace & Love is set to be released in May. An official release date will be announced soon, and you can listen to the new single below.

Peace & Love follows up his 2014 solo album Big Skies which features “Moon Ring Eyes.” Shortly after in 2015, he began his last musical project Beach Weather. Beach Weather released a number of songs including “New Skin,” “Home Movies” and “Swoon” and toured with bands like the Maine, Sleeping With Sirens, As It Is and This Wild Life. In 2017, Beach Weather announced their hiatus so the band members could focus on individual projects.

A Rocket To The Moon announced their breakup back in 2013 after the release of their final album, Wild & Free. Following the announcement, Santino gave a detailed interview about what led to the band’s decision to break up. Four years later in 2017, A Rocket To The Moon reunited for the Maine‘s 8123 Fest in Arizona and played a number of songs including “Like We Used To.”

More recently, Santino appeared on the Maine’s 8123 Podcast in August of last year. In the two-episode interview, Santino talked about his time in A Rocket To The Moon and Beach Weather. He also went into further detail about his life as a husband and father.

Are you excited about Nick Santino’s return to music? Let us know in the comments below.