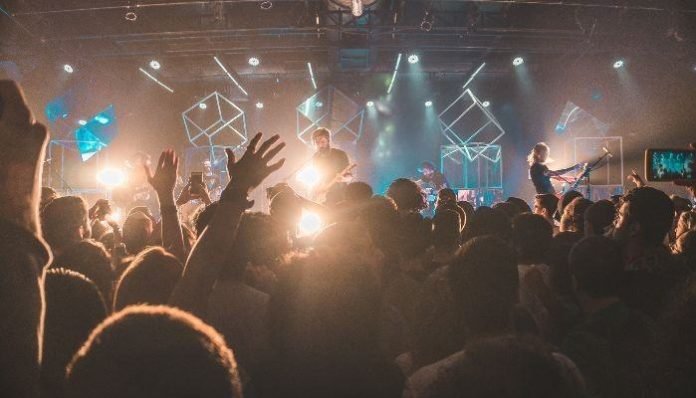 A post on Reddit from an anonymous musician considering leaving his girlfriend for doubts over the beginning of their relationship has been making the rounds while people try to figure out who it is and it looks like now an answer could be on its way while also putting money towards a good cause.

The musician notes they were in a decently well-known band as part of a cross-country tour in 2012 and in a weird twist, they’re offering to reveal who they are if people can raise $10,000 for Live Nation‘s Crew Nation fund as chosen by Twitch streamer licknord.

The original post on Reddit has since been deleted but is captured in screenshots which you can see below.

In the post, the musician says they’ve been touring for around nine years. They say their girlfriend met them at a show with local openers who they claimed they were there to see. After offering to buy them a drink, she allegedly said she didn’t know his band but while quarantining, they were going through old photos when he saw a photo of them together clearly from a meet and greet at the cross-country fest from 2012.

The musician said he was considering leaving in the middle of the night but was wondering if he was overreacting. That wasn’t the point people focused on though, as everyone has been enamoured with figuring out what tour it was and who the band was. Musicians have even got in on it confirming as they get accused that they don’t fit the description.

People theorized which festival it could be to narrow things down and it looks like from everyone’s collective investigating, Warped Tour is the most likely of the festivals.

Thinking about leaving my girlfriend overnight without saying anything. Not sure what to do. pic.twitter.com/Z18NIQd7wW

LMFAOO WHAT WARPED TOUR BAND IS THIS. YALL KNOW I WILL FIND OUT AT SOME POINT JUST COME CLEAN RONNIE RADKE https://t.co/C6g0SvJRUX

Now, the situation is evolving as the anonymous party is allegedly going to reveal themselves if $10,000 can be raised for Live Nation’s fund.

UPDATE: OK GUYS IN WHAT IS PROLLY THE WEIRDEST TURN OF EVENTS IN TWITTER HISTORY THE ANON HAS AGREED TO REVEAL HIMSELF IF WE RAISE 10K FOR A COVID RELEIF CHARITY AND THE ONE IVE CHOSEN IS CREW NATION BY @LiveNation!https://t.co/Kc0Ycda2H8

THE MONEY GOES TO TOURING AND LOCAL CREW WHO ARE WITHOUT JOBS DURING THIS HEALTH CRISIS. IF YOU DONATE PLEASE TAG ME SO I CAN KEEP TRACK. ALSO I WILL BE DOING A CHARITY STREAM UNTIL I CANT KEEP MY EYYES OPEN TOMORROW NIGHT ON MY TWITCH LINK IS IN MY BIO LETS BRING THIS HOME

UPDATE: OVER 2100 DOLLARS FOR COVID RELIEF THROUGH CREW NATION HAS BEEN RAISED! YALL ARE LITEERALLY POPPING OFF WTFhttps://t.co/dvv3XC7RXc

Do you think you know who the musician is who posted the Reddit thread? Let us know your theories in the comments below.

Hear Caleb Shomo give this Motionless In White song a beat-heavy...