Home News See how Alone I Walk stay entertained on the road in “Listen... 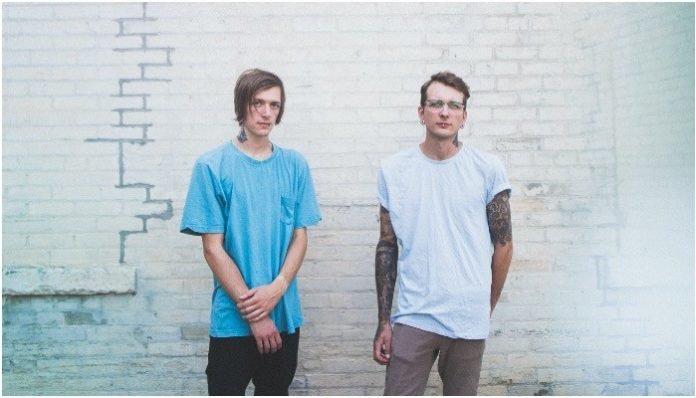 In a time when it feels like things are at a standstill, Alone I Walk are reminiscing of simpler times to help get through the darkness. Comprising François (Franky) and Pascal Courcelles, the brothers are teaming up with AltPress to debut a nostalgic music video for “Listen To The Rain,” taken from their latest EP, The Hardest Years Yet.

While they share singing responsibilities, onstage, Franky is normally found with a guitar, and Pascal is behind a drum set. Together, they created every punching bassline, riff and melody on their 2019 release. Drawing inspiration from ’70s rock acts such as the Eagles to modern scene artists such as Real Friends, the band produce a fresh take on emo.

Shot by Shane Tasker and Josh Land, their newest music video shows off a few of their favorite moments on the road. The duo say that though the song was written about another serious matter, it fits in with what the world is experiencing today with the coronavirus.

Your music has a contemporary emo flair. Who are some of your musical inspirations? Do they have any influence on what you create?

We pull inspiration from older music and some more modern music, of course. While recording this album, we surrounded ourselves with tons of Tom Petty and the Eagles as we had done in the past. For more modern music, we were both listening to Movements and Real Friends. I think that almost everything we listen to influences us in some way, and when there’s something we truly enjoy, we try to recreate the experience in our own way.

In the wake of the coronavirus, instead of traveling, you did a series of Facebook Q&As and livestreams. What are some things you’ve enjoyed most about those experiences?

We’ve met new people and been able to directly interact with everyone, whereas a lot of people tend to be shy in person. It’s a nice ice breaker for old and new friends and fans who want to chat and learn about the band. One of the greatest experiences is being full of preshow jitters, just like a regular show, never knowing what to expect, then opening up the stream and having 30-plus people hop in at once. That was really neat to see since we haven’t done much livestreaming since 2014-2015. Another cool thing was having new people hop in and request tunes that we wrote recently or a few years back.

Read more: 20 pop-punk albums from the 2010s that deserve more credit
The focus of the imagery for “Listen To The Rain” was a tour last summer. What was the reasoning behind compiling footage from that over a classic video shoot?

After touring the states for the last three years, we noticed during this run that we had met enough people and played enough shows that it had finally become a profitable tour for Alone I Walk. We used this footage from our tour to highlight all the great memories we had. [We wanted] to share a bit of tour with our fans, friends and family who may not know what it’s like to be on the road.

There was most likely a lot of footage taken on the road. How did you decide what made it into the video?

The video is a time capsule to us. There are so many things that happened over the course of that run. We just wanted to bring the essence of our camp to life so people could enjoy the tour as much as we did. We were smart [and] fortunate enough to film a little bit of something every day. Through all the clips selected, we were really able to show the full experience, from breaking down in the middle of nowhere to passing a wreck on the highway that kept us stranded for 12-plus hours or just hanging out and continuously enjoying each other’s company after two whole months on the road. There are many experiences and memories that have come and gone that now live in the video forever.

Read more: Top 10 new-wave emo artists to keep on your radar
The track is very positive with lyrics such as “You’re not alone” and “Don’t give up now/Life’s just a little upside down,” which are words many people need to hear right now. Can you give us insight about your thoughts behind the track?

It’s crazy how something written about something else entirely could relate so closely to our current times. The song was written about a loved one who was struggling with mental illness. [It’s] really just a story of everyday life from just over a year ago. It can be interpreted however anyone sees fit to enjoy.

“Listen To The Rain” is taken from 2019’s The Hardest Years Yet EP. Do you have any releases planned for the rest of this year?

As of right now, we are currently working on new music and keeping busy behind the scenes until this chaotic world settles a bit. There’s always something down the pipeline. It’s just a little uncertain as to when everything will materialize at the moment, sadly. If all goes well and this virus does come to an end, we will hopefully be able to hop back in the studio near the end of the year and get a brand-new set of tunes recorded for everyone.

Check out Alone I Walk’s music video for “Listen To The Rain” below.

What do you think of Alone I Walk’s latest music video? Let us know in the comments below!

When The Sun Sets open up about life’s troubles in new...