Home News Could we be getting a new Angels & Airwaves song soon? 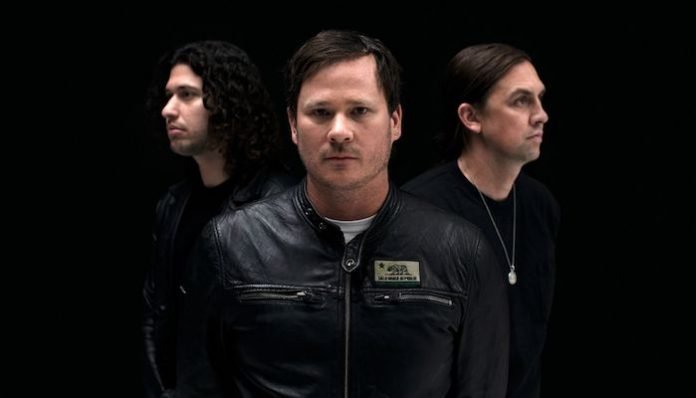 Angels & Airwaves are definitely up to something new. They had a busy 2019, dropping two new songs being “Kiss & Tell” and “Rebel Girl.” Then, they briefly teased a new song called “TIME BOMB” on New Year’s Eve while showing some footage from an upcoming documentary.

Read More: These 10 bands weathered the changes of having multiple vocalists

Angels & Airwaves have been relatively silent since 2019. But, that was a busy year for Tom DeLonge and crew. They dropped two new singles and launched a massive U.S. tour.

Even though they released two songs in 2019, and teased “TIME BOMB,” we still don’t know a release date for a new album or anything else. The last AVA record was 2014’s The Dream Walker.

Now, Angels & Airwaves have even more going on. In a brief clip posted to social media, the band played a snippet of a song with a hand moving into frame. It was simply captioned “Thursday.”

Exactly what this means, nobody knows. It could be that Angels & Airwaves are releasing a new song and the Peter McKinnon-directed documentary they announced last year.

Here is a little taste of the @AVABandOfficial documentary by @petermckinnon due out next year! Also- Enjoy hearing part of the new /// song “TIME BOMB” pic.twitter.com/BFJi1zHXCH

Check back in on Thursday and we guarantee some more answers.

Back in November, Angels & Airwaves dropped their new music video for their single that came out in the summer called “Kiss & Tell”

It’s still unclear whether the band will be dropping a full-length record anytime soon, but the song’s new music video should tie fans over for now.

Back when they dropped the song, Tom DeLonge gave further insight into how the song came together.

“The beginning of the song is really an ode to the Beach Boys,” Tom DeLonge explains. “It opens with three-part harmonies to create an introduction with multi-dimensionality. We wanted to create a sound that had electronic elements right alongside classic rock and pop-punk melodic structures.  Lyrically, this song is specifically about balancing on the edge of a razor blade. Doing something you’re not supposed to be doing, and although you might die while doing it, it’s still very much keeping you feeling alive.”

What do you think Angels & Airwaves have in store? Tell us in the comments below!

Here’s how much longer you have to wait for Marvel Phase...