Home News Could we be tasting this new Doritos Locos Taco flavor at Taco... 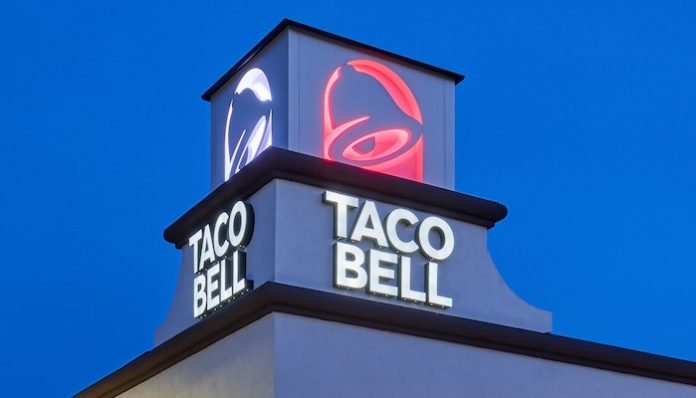 Taco Bell customers were delighted to receive free Doritos Locos Tacos earlier this week but some of them were greeted with a surprise offer.

The company gave away a free taco on Tuesday (March 31) to everyone using their drive-thru. Some customers in select states say they were asked if they wanted a new Flamin’ Hot Doritos Locos Tacos.

According to food review and news site Chew Boom, a customer in San Antonio, Texas headed over to his local Taco Bell on Tuesday for the offer. When placing his order, he was asked if he wanted to try the new flavor and took up the offer.

The publication says they can’t confirm, but “suspect this is being offered as part of a limited-time test market.”

Every customer who went through their drive-thru’s nationwide on Tuesday ended up receiving free food. They ended up getting a Doritos Locos Taco whether they purchased something or not.

“For the past few weeks, we’ve been focused on making Taco Bell the safest place to work and eat, and now we’re giving America free tacos as a small way of saying thank you for how everyone is showing up for their communities,” said Mark King, CEO of Taco Bell.

According to People, they’ve also been giving back to the community through their charity as well as local taco trucks. The Taco Bell Foundation revealed they will be donating $1 million to No Kid Hungry which focuses on ending child hunger in the U.S. They’re also deploying their food trucks to offer food for first responders across the world.

As reported by Newsweek, Taco Bell is offering food for front line workers using their mobile trucks. They’re also looking at how to accompany large vehicles like ambulances and delivery trucks.

An update from our CEO Mark King on how we’re deploying our Taco Trucks to serve our heroes, supporting our communities and staying safe… 💜 pic.twitter.com/hj36UgH7e0

Are you excited about Taco Bell potentially bringing Flamin’ Hot Doritos Locos Tacos to a store near you? Let us know in the comments below.