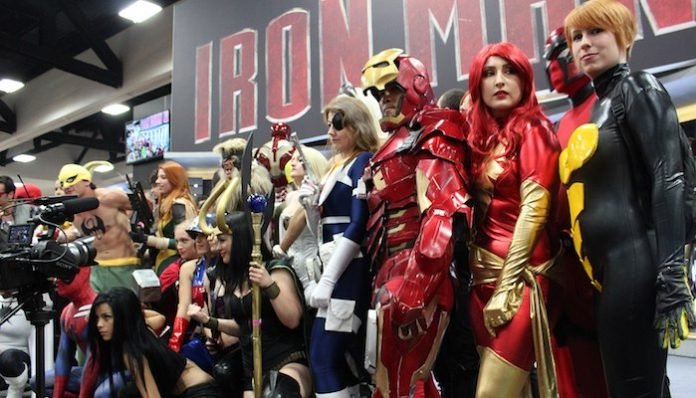 San Diego Comic-Con is “hopeful” that they will still be putting on the pop culture extravaganza this July. The weekend extravaganza is due to take place on July 26-26.

Organizers around the world have been forced to postpone or cancel events entirely due to the coronavirus pandemic. As of April 1, the CDC reports 186,101 confirmed cases of coronavirus and that number is growing rapidly every day.

The sports industry has canceled tournaments and postponed entire seasons. The film industry has pushed back theatrical and television releases and ceased the production of projects until the pandemic is under control.

It’s safe to say that the world is very unsure about the future, particularly in 2020. That being said, San Diego Comic-Con organizers are hopeful that the event will carry on as planned in late-July.

To our amazing Comic-Con and WonderCon fans: We understand how difficult the current climate has been for all of us and appreciate your continued support through these trying times. No one is as hopeful as we are that we will be able to celebrate #SDCC2020 together come July. As we continue to monitor the situation with local authorities, we will post updates on our social channels! Until then, remember: ‘A hero is an ordinary individual who finds strength to persevere and endure in spite of overwhelming obstacles.’ — Christopher Reeve.

As we continue to monitor the situation with local authorities, we will post updates on our social channels! Until then, remember: “A hero is an ordinary individual who finds strength to persevere and endure in spite of overwhelming obstacles.” — Christopher Reeve 2/2

Everything pop culture is discussed or unveiled at San Diego Comic-Con. Full cast panels are one of the highlights, where cast members talk about all things from criticism to upcoming projects. In the past, Marvel, DC Comics, Game Of Thrones, Harry Potter, The Walking Dead, Stranger Things and so much more have all made headlines due to San Diego Comic-Con news.

While July is still a ways off, we don’t know how situations with coronavirus will progress. It could get a whole lot worse.

SDCC organizers said they are monitoring the situation closely and will provide updates as needed about the event’s status.

Roughly 135,000 people attended SDCC in 2019. If coronavirus isn’t under control by July, that would become a hellish nightmare of viral spread. We hope everything is under control and that San Diego Comic-Con can safely proceed as normal, how else are we going to get our hands on some awesome limited-time merchandise, including Funko Pops!

Gerard Way recounts bizarre dream and what it means for MCR’s...

Black Veil Brides fans should listen to these 10 records

Tom DeLonge and blink-182 will play together again when the time...