Home News Can you tell if this a real or made-up Taco Bell menu... 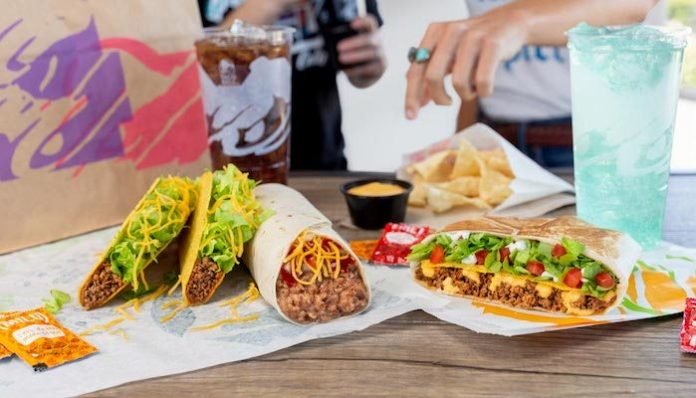 Taco Bell has a hoard of die-hard fans that just seems different than that of other fast-food restaurants. People who love Taco Bell, like, really love it, you know? They have their go-to order they can perfectly recite no matter what time of day it is or how many drinks they’ve had.

However, the menu is long, and a lot of items have similar-sounding names, and sometimes flavors, that can make things confusing.

Read more: Watch Machine Gun Kelly hotbox and rap in his car for “Smoke And Drive”

Because of that, we wanted to put Taco Bell lovers to the test to see if they could figure out if random items were actually on the menu or entirely made up. Check out the quiz below.

Taco Bell is always coming in clutch with updates to classic items, vegan-friendly options and straight-up free food. But the support doesn’t stop with their customers as the chain revealed they were discussing how to implement increased salaries.

According to Bloomberg, the fast food institution is discussing how to implement yearly salaries of up to $100,000. Citing an increasingly rough labor market, the chain is thinking if you pay them, they won’t just come: They’ll stay.

The article says that managers of company-owned Taco Bell stores make an average of $50,000 to $80,000 in yearly salary. The chain is testing the higher-salary experiment in various locations in Northeast and Midwest America. The idea of boosting fast-food workers’ wages has been explored with successful results from In-N-Out Burger and Moo Cluck Moo.

Employees will also now be paid for up to 24 hours of sick time, according to the Los Angeles Times. The perk was previously only offered for managers, but now staff that has worked a minimum of 90 days will enjoy the same option.

So here’s to the masses who can’t deliver lyrical flow that doesn’t sound like they just woke up unexpectedly from a drank bender. Taco Bell is handing out baller wages to get you on your path. Because at the end of the 5:30 a.m. night shift, getting all the stuff right in a seven-layer burrito is more important than yelling about the Lamborghini you’ll never drive with a Cardi B clone riding shotgun.

And as a matter of fact, yes, we do want sauce with that…

See how Alone I Walk stay entertained on the road in...

Listen to a snippet of Neck Deep’s next release “When You...