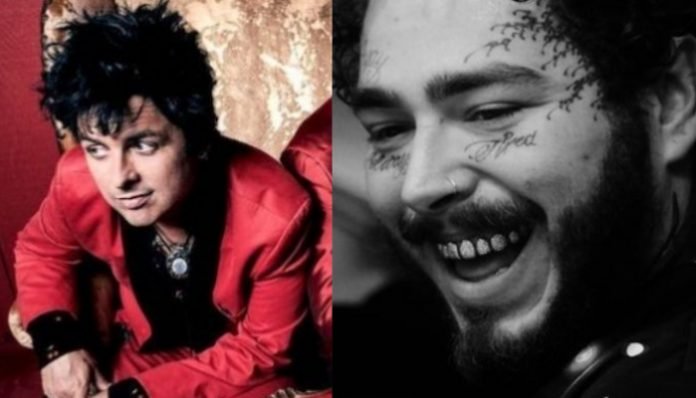 We all know Post Malone has a huge passion for beer pong and while we got to see Green Day frontman Billie Joe Armstrong playing the game with the rapper last year, it was apparently Armstrong’s first time playing.

Post’s tour photographer, Adam Degross, shared a clip of them playing the game while hosting Cartoon Network’s late-night programming Adult Swim when the Green Day legend commented saying he played for the first time against the rapper.

Read More: Watch Machine Gun Kelly hotbox and rap in his car for “Smoke And Drive”

Back in November, the pair were hanging out at Posty’s headlining show at the Oakland Arena with some pre-drinking going on.

There were, of course, plenty of photos taken of the hangout for social media which you can see below.

The guitarist and vocalist commented on the video saying “I played my first game of beer pong with [Post Malone].”

This sparked a brief exchange between the two where they discuss setting up a rematch.

Who knows if we’ll ever get to see another beer pong game between the two musicians but hopes are high that we do when COVID-19 is contained and we’re past the pandemic.

For his part, Post Malone is using beer pong to spread some goodwill soon.

He’s set up a virtual celebrity beer pong tournament along with Machine Gun Kelly and a ton of sports celebrities to raise money for first-line workers helping put a stop to the COVID-19 coronavirus.

The eight-day tournament is happening over video chat with two matches happening per night starting this week.

Are you surprised that Billie Joe Armstrong’s first beer pong game was against Post Malone? Let us know in the comments below.

Church of Satan respond to Kanye West’s ‘Jesus Is King’

Can you match the drummer to the band they’re in?

My Bloody Valentine – When You Sleep