Home News 10 musicians you need to follow on TikTok immediately 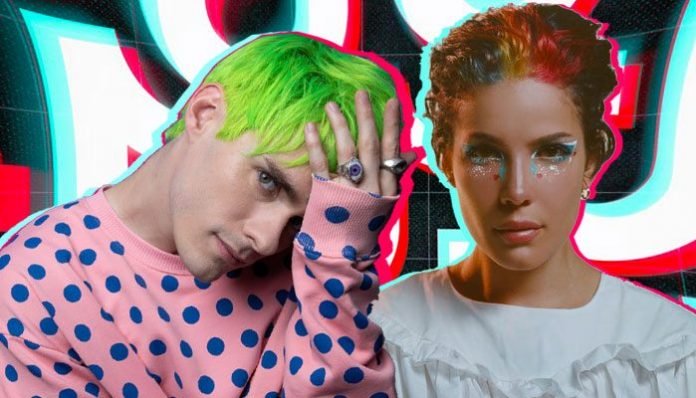 It seems like somehow overnight, everyone suddenly started getting really into TikTok. The platform is used by millions of people to share short videos with others featuring sound and visual effects.

Because any regular person can download the app and make dance videos, it’s no surprise that some of our favorite artists have embraced the platform.

We’ve found 10 musicians who you need to follow on TikTok immediately if you aren’t already for hours of entertainment. Check those out below.

Halsey has only posted a handful of videos to TikTok, but all of them are gold. She took on the viral “Renegade” dance and showed fans a video of her drawing. She also made a few hilarious comedy videos that you just have to watch.

@palayeroyaleIn the arms of the angels.. ##palayeroyale ##soldieroftheroyalcouncil ##fyp ##tiktok ##fans ##loveisintheair♬ In the Arms of the Angel – YB Friends

Palaye Royale are like TikTok veterans because they’ve posted tons of videos, ranging from concert clips to tour shenanigans. They get pretty creative with the sound editing, which just makes some of their videos 10 times more funny, so it’s definitely worth wasting some time by scrolling through their feed.

Like many people dealing with the coronavirus pandemic, Juliet Simms is spending her time social distancing by sharing her daily life on TikTok. We see her bracing the grocery store and hanging with her cat and Andy Biersack, and it’s the wholesome content we needed.

If you had to use one word to describe Post Malone’s TikTok, it’s a flex. To be fair, he’s showing off his regular life, which just happens to include partying with famous people and generally having the best time ever.

Awsten Knight has been a die-hard TikTok user for a bit now, and if you thought his tweets were ridiculous, wait until you see his videos. His content is basically the perfect embodiment of all of his quirks and talents, and we are appreciative of that.

Because they wouldn’t have it any other way, Panic! At The Disco’s TikTok is filled with footage of the Amazing Beebo. There are a few videos of Brendon Urie, but Beebo is the real star.

Jared Leto’s TikTok is a sight to behold in the weirdest way possible. He has an entire video where someone is holding up that replica of his head as if it was driving a convertible while “Old Town Road” plays. He also posted a TikTok dedicated to him just showing off his six-pack abs. Seriously, go look at it.

Sleeping With Sirens often feature fan videos on their TikTok page and give followers a behind-the-scenes look at life on the road and making music. Kellin Quinn has also hopped on to throw it back with a SWS classic.

YUNGBLUD’s TikTok is just as loud and out there as he is, but we wouldn’t want it any other way. He’s even featured a few famous faces in his videos, such as Machine Gun Kelly.

Josh Dun’s feed is the perfect balance of music videos and wholesome funny content. There’s definitely no shortage of live footage, so definitely make sure to check out his videos.

It’s easy as ever to hear twenty one pilots’ “Level Of...