Home News 10 musicians streaming games and rocking out on Twitch 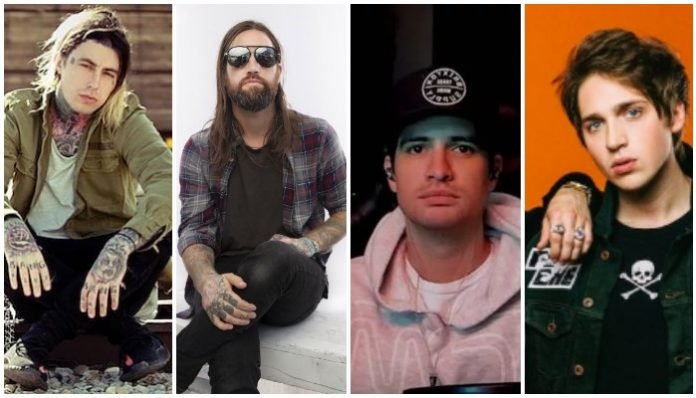 Twitch has been a staple in the gaming community since 2011, allowing players to broadcast their games all over the world. The site does much more than gaming, though—they even allow users to stream karaoke sessions.

Recently, some musicians have used it to continue playing games for their fans to pass the time due to quarantine from coronavirus. Some have taken the platform and used it to share more music, concerts and even teach guitar lessons.

If you need a break from the cycle of news and current events, head over to Twitch or create your own. Here are 10 musicians you can watch who are using the platform in a variety of ways.

Panic! At The Disco’s Brendon Urie is an unapologetic gamer. He’s on Twitch often, sharing games, jokes and even a metal song or two. For all the Urie antics you love, and perhaps some more song sneak peeks, check out his Twitch here.

Falling In Reverse’s Ronnie Radke is a fan of video games and loves playing for his fans. Recently, he’s been playing Call Of Duty: Modern Warfare and Skate 3 to pass the time during self-isolation. You can catch his livestreams here.

Every Time I Die frontman Keith Buckley is a gamer as well, and he even made a whole schedule on Instagram for weekly Twitch streams. This week, his Twitch session is called “Not Your Bitch Twitch.” Catch the vocalist playing games such as Call Of Duty: Modern Warfare here.

Diplo is a fan of video games and has used his Twitch channel to stream Fortnite games in the past. With everyone stuck at home, he decided to use Twitch, as well as Instagram and YouTube, to stream DJ sets. Catch his weekly beats and record spins here.

Grayscale got creative during this period of staying indoors and logged on to Twitch to teach fans guitar chords to their songs. Guitarist Andrew Kyne shared “Forever Yours” and “In Violet.” Hopefully, more lessons and behind the scenes with the band will come soon on their Twitch.

Code Orange blew fans away with their entire livestream concert via Twitch. Roughly 13,000 fans watched the album release show for their latest, Underneath, which took place at an empty venue. You can relive the Twitch show and catch more Code Orange content here.

Michael Clifford of 5 Seconds Of Summer has been streaming his video game sessions on Twitch as of late. He has a large following of more than 53,000 users and shares League Of Legends and Call Of Duty: Modern Warfare on his streams. Check out all of his content here.

EDM connoisseur deadmau5 uses his Twitch for more than games. The artist often streams his work from the studio and his computer art on the platform, too. Check out all of his creative efforts and video game endeavors here.

﻿
Guitarist Geoff Wigington of Waterparks loves to stream games on the site. Sometimes, he’ll even bring on other members of the band and crew to stream party games such as Super Smash Bros. With all the current free time he has, you may be able to see even more Wigington content here.

Rock-loving DJ Steve Aoki is a big name in both the music and gaming communities. The artist spends much of his time playing the ever-popular Call Of Duty: Modern Warfare. Check out his channel to see what he’s up to during his offtime.

Here’s everything you’ll be able to binge watch on Hulu in...