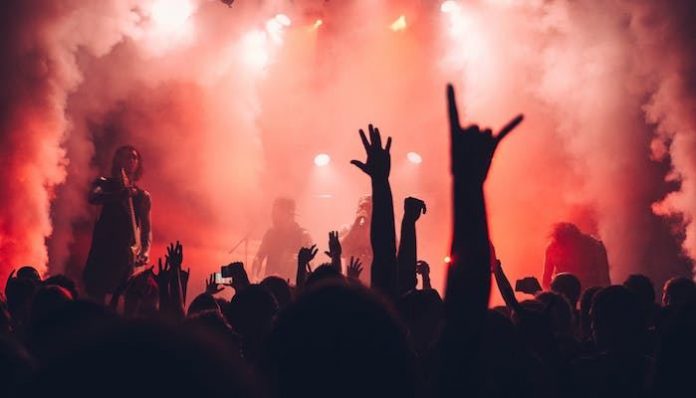 All spring festivals are being canceled while fall festivals including Louder Than Life are continuing to happen.

Epicenter, Welcome To Rockville and Sonic Temple Art + Music Festival are all being canceled with full refunds being offered. This comes following the announcement they were closely watching the situation seeing whether or not they would be canceling.

Information about full refunds will be available on March 26. Based on feedback from ticket holders, they’re also allowing passes to transfer to 2021. Further, ticket holders can exchange for a pass to one of the fall events.

The organizers are releasing a statement on the decision which you can read below.

“There are no pre-existing guidelines for what festivals should be doing during this unprecedented time. Like the rest of the music industry, we continue to assess new information and make the best-educated decisions possible. We know you have been anxious for updates from us and we are at a point where we can answer many of your questions about how each of our festivals may be affected by COVID-19.”

“We are crushed to say that Epicenter, Welcome To Rockville and Sonic Temple are being canceled due to the governmental restrictions on mass gatherings. We respect these directives and recognize they are in the best interest of the greater good, as well as the health and safety of our fans, musicians, partners, and staff. Before accepting this fate, we worked really hard to try to reschedule the festivals. Unfortunately, scheduling conflicts, venue availabilities and a number of other factors out of our control made postponing impossible. Make no mistake, each of these festivals will return in May 2021 bigger and stronger than ever!”

Further, with regards to Louder Than Life, Bourbon & Beyond and Aftershock, they won’t be announcing the lineup or sell passes for the time being. With the uncertainty in the world right now, they’re holding off for a while.

Offering a bit of good news, they are revealing that Metallica will be added to a new fourth day of Louder Than Life which will be on the Thursday of the festival. The newly added fourth day will not come at an extra cost to pass holders. Further, they are deferring the next instalment payment on layaway plans for a month. Refunds are also being offered for that event for those who would like it.

Metallica offered a statement on their inclusion which you can read here. Elsewhere, they are announcing their shows in South America set for April with Greta Van Fleet are moving to December and their previously canceled Australia and New Zealand dates will also be receiving an announcement in the near future.

The band were previously set to headline many of these festivals but pulled out due to frontman James Hetfield’s rehabilitation.

Sonic Temple announced Red Hot Chili Peppers and Tool as replacement headliners for Friday and Sunday, with Slipknot at the top of the bill for Saturday.

For those who would like to reserve a spot at the festival, passes can be reserved for just $1. Payment won’t start until May and are split evenly through May, June, July and August.

Many bands set to perform at the spring festivals will also be added to Louder Than Life’s lineup. If these events do need to be canceled down the line, refunds will also be offered at that time.

Louder Than Life is now taking place from September 17 to 20. You can read more on their announcements here.

Watch Foals’ track-by-track guide to ‘Everything Not Saved Will Be Lost:...

Stephen Moore, the actor who inspired the title of Radiohead’s ‘Paranoid...