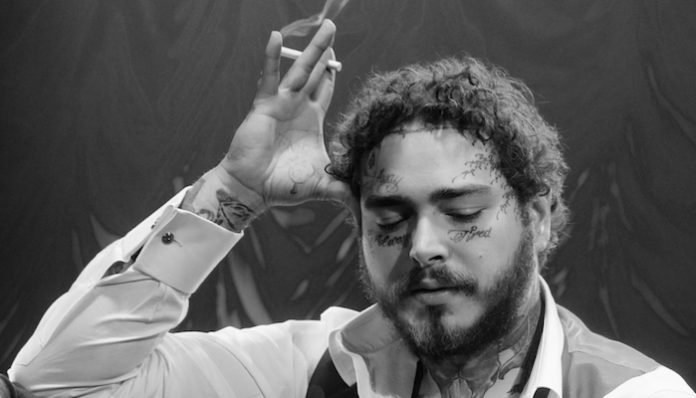 It’s been just over six months since Post Malone released his third studio album Hollywood’s Bleeding, but the rapper is apparently already hard at work on the followup. After having to wrap up the second leg of his the Runaway tour early amid the coronavirus pandemic, Posty is making the most of social distancing by getting to work on his next release.

Earlier this month, as tours and events across the world were postponed and canceled, Post Malone continued his run in Denver March 12 with Swae Lee and Tyla Yaweh as support. Both the artist and the venue were criticized for allowing the show to continue for a sold out crowd as mass gathering bans were passed in several other states and concerns were raised nationwide.

That same day, Live Nation joined a slew of promoters in canceling their shows through the end of March. Soon after, the remaining venues on Post Malone’s run announced their individual postponements and cancellations with the rescheduled dates pending.

As a result, the rapper suddenly had plenty of free time on his hands, and according to his manager Dre London, he’s spending it wisely. London took to Instagram Monday to share the duo made “a smash” as they enter “quarantine album mode.”

“I’m sorry I can’t stay away from my brother Posty!” he writes “I’ll take the chance! Tonight we made a smash on FaceTime now we gonna just go into Quarantine Album mode! If we don’t connect energy how the🌎gonna enjoy this summer?🤷🏽‍♂️Let’s Get It!! See You Soon bruv! #2020 #DreVision 👁🤫”

Entering album mode should come as no surprise, however, as the plan had been there all along for the rapper. Back in January ahead of the second leg of his tour, Posty revealed he’d be heading back to the studio, simply saying, “I hope to have a record out for the fans in 2020.”

Posty’s last release, Hollywood’s Bleeding, produced a slew of epic collabs with Halsey (“Die For Me”), Young Thug (“Goodbyes”), Travis Scott and Ozzy Osbourne (“Take What You Want”) and more. You can see a live video of the latter below where the Prince of Darkness joined Posty for the track’s live debut in November.

A list of the dates affected by the coronavirus pandemic postponements and cancellations is below with each venue’s statement.

Posty is set to headline the final evening of Rolling Loud in Miami May 10. As of March 13, the event is set to continue as planned. He will also be hitting Hangout Fest May 15 with the festival currently moving forward as planned as well.

QUIZ: Which nostalgic pop punk song are you?