Home News 10 essential LGBTQ+ books to add to your collection 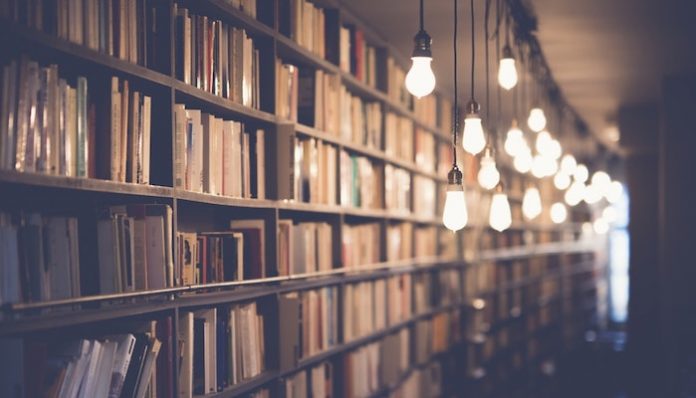 Most people enjoy seeing themselves represented in entertainment in a positive light, which is something a majority of the LGBTQ+ community has unfortunately lacked, whether it’s being portrayed in a negative light or not being visible at all.

As of late, we’ve seen that queer-focused writing often has the ability to confront certain ideas while extending empathy to certain groups outside of one’s own personal experiences, making them valuable to every bookworm. We’ve compiled a list of some of our favorite LGBTQ+ books across a mixture of genres.

You may know Laura Jane Grace as both the lead singer of Against Me! and one of the greatest voices of our time. Since coming out in 2012 as transgender in an interview with Rolling Stone, she’s become a public representative for transgender awareness and the gender revolution. Her heroic tale of her own inner struggles told through journal entries kept throughout her life give an inside glimpse of the creation of Against Me! while narrating her confrontations with gender identity. This unique story is a must-read for both music and queer-lit fans.

Beautiful Music For Ugly Children was the 2014 Stonewall Book Award winner that tells the story of music-obsessed Gabe, who was born with the name Elizabeth. Elizabeth is the A side, the side that everybody sees, while Gabe is the B side, the equally good side who isn’t seen as often, showcasing an incredible story in a distinctive way that we can’t get enough of.

The Perks Of Being A Wallflower by Stephen Chbosky

You may have been living under a rock since 1999 if you haven’t read The Perks Of Being A Wallflower (or seen the movie), but it’s too fantastic and too important not to mention. Told through a series of letters, the Stephen Chbosky novel follows the narrator Charlie over multiple emotional hurdles in this tale about what it’s like to grow up in high school. This tale will leave the reader with a mixture of emotions and an undeniable love for the endearing protagonist.

Alison Bechdel wrote and illustrated this graphic novel from memories of her childhood. The title comes from what she and her brothers called their third-generation funeral home that they lived in. Fun Home tells the story of Bechdel coming to terms with her sexuality while revealing a possible closeted adult in her life living a lie. Fun Home offers a literary experience for those who also enjoy visuals, with a sorrowful personal story that will leave readers feeling more than they bargained for.

This Matthew Quick (Silver Linings Playbook) novel takes place all in one day and tells a dark story of secrets that are kept between “friends,” a possible school shooter and an unlikely ally. This pleasurable story follows a character you can’t help but wish to aid through the toughest day of his young life, making you tear through the pages just to find out what happens next.

The novel that inspired the Sundance film of the same name, The Miseducation Of Cameron Post, sees the main character moving into her conservative aunt Ruth’s house following the death of her parents. Cameron Post has long perfected the ability of blending in until she meets Coley Talor, making for a tale that’s all too relatable for those who aren’t ready to share their sexual identity yet.

The 57 Bus: A True Story Of Two Teenagers And The Crime That Changed Their Lives by Dashka Slater

This New York Times best seller and Stonewall Book Award winner tells the true story of two high school students whose lives drastically change due to a hate crime and one’s gender identity. This book about the 2013 event explores race, class, gender and more in a unique and educational fashion. The 57 Bus is a heartbreaking account that deserves to be read.

This 2004 fiction novel was ahead of its time, as it tells the title character’s story from their sister’s perspective. Luna follows the story of Liam, who hates themselves during the day but is able to be their true self at night, Luna. After carefully constructing the woman she was meant to be, Luna is ready to step into the light, but how will her friends and family accept her? This unique coming-of-age story gives readers a distinct perspective through the eyes of a sibling’s unconditional love.

They Both Die At The End by Adam Silvera

This New York Times best seller also takes place in one day, with a blatant spoiler in the title. When two people meet up to live their final day to the fullest, they might have signed up for more than they bargained for. They Both Die At The End is a heartfelt work of fiction that will have your emotions spinning and your cheeks drenched by the last page.

Aristotle And Dante Discover The Secrets Of The Universe is a coming-of-age story about two high school boys who learn important truths about themselves. This gut-wrenching page-turner that reflects lovers so opposite, they balance each other out will leave you feeling angry that you finished a young-adult novel so quickly.

What’s your current LGBTQ+ book obsession? Let us know in the comments below!

Travis Barker is auctioning off some of his classic convertible cars