Home News Which Jeffree Star makeup should you try based on your music taste? 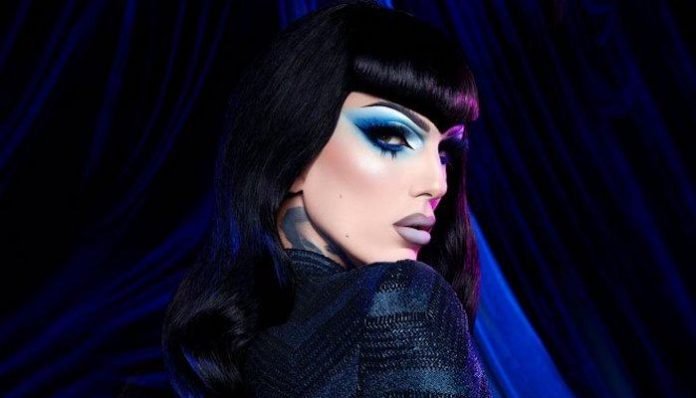 Jeffree Star and his makeup line are downright iconic. He has created an empire filled with tons of products that we just can’t get enough of.

With so many options, it can be hard to figure out which product you should splurge on and treat yourself with.

We’ve created a quiz that will help you figure that out by using your taste in music, of course. Find out which iconic Jeffree Star makeup product you should try based on your music taste below.

Jeffree Star recently revealed his newest palette with Blood Lust, but before its official release, the makeup mogul gave fans a look on just one way it can be applied in a new tutorial.

Star teamed up with Mmmmitchell in a new video where Mitchel uses the new products to create a look for Star.

Blood Lust consists of 18 eyeshadow shades surrounding the color purple. The names of all 18 shades are below.

Along with the eyeshadow palette, five new lip glosses are also in the collection: Iridescent Throne, Lord Star, Sickening, Sorcery and Wizards Glass. Each lip gloss will retail for $18. There is also a Mini Purple Velour Liquid Lipstick Bundle that features eight new colors and retails for $52.

In a reveal video, Star describes the collection saying they had to do something sickening. “It’s teetering on the edge of like, vampire, love, sex, devotion and it’s just all about passion.” Star then says this is one of his favorite packagings he’s ever created.

In a new video, Star gives his own palette a go on camera. A friend and fellow YouTuber Mmmmitchel gives Star a makeover using the product.

The duo also utilize the new Extreme Frost highlighter, dimming the lights to show how it truly shines. Of course, each eyeshadow shade goes on with ease and Mitchel creates a look that is to die for. Watch it here.