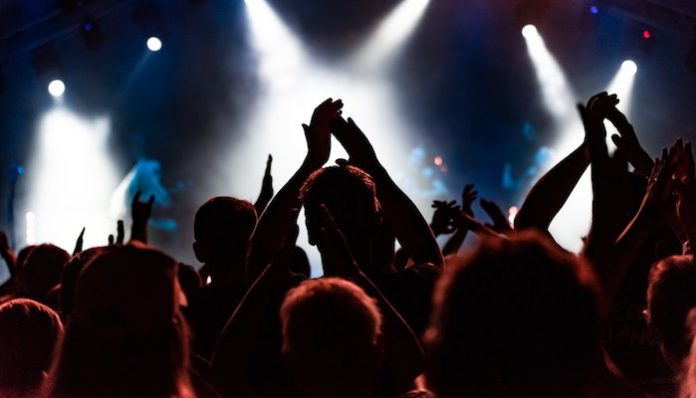 Coronavirus concerns have continued to impact the entertainment industry as several tours and film releases have been canceled. A Tool fan confirmed they were diagnosed after attending the band’s gig, and Ultra Music Festival postponed. The continued chatter and high alert music industry had all eyes on SXSW to see if they would make the same decision.

Fans launched a Change.org petition to cancel the event, which at the time of writing has reached more than 55,000 signatures. Ozzy Osbourne and Trent Reznor both canceled panel appearances, and sponsors such as Apple, Netflix, WarnerMedia, TikTok and more pulled out. Now, the festival has announced the city of Austin has officially canceled SXSW and SXSW EDU.

More than 225 coronavirus cases have been confirmed across the United States with 12 deaths as of Thursday. Of those 225 cases, 17 are located in Texas. Eleven people are quarantined in San Antonio after traveling overseas, and six were diagnosed in the Houston area after a trip to Egypt.

SXSW film, music and comedy festivals were set to take place March 13-22 in Austin, Texas. Aidan Gallagher (The Umbrella Academy), …And You Will Know Us by the Trail of Dead, Beabadoobee, Beach Slang, Dead Girls Academy, Max Frost, Nasty Cherry and more were set to perform.

However, today, the festival’s website has stated they’ve been canceled by the city. You can read the full statement below.

The City of Austin has cancelled the March dates for SXSW and SXSW EDU. SXSW will faithfully follow the City’s directions.

We are devastated to share this news with you. “The show must go on” is in our DNA, and this is the first time in 34 years that the March event will not take place. We are now working through the ramifications of this unprecedented situation.

As recently as Wednesday, Austin Public Health stated that “there’s no evidence that closing SXSW or any other gatherings will make the community safer.” However, this situation evolved rapidly, and we honor and respect the City of Austin’s decision. We are committed to do our part to help protect our staff, attendees, and fellow Austinites.

We understand the gravity of the situation for all the creatives who utilize SXSW to accelerate their careers; for the global businesses; and for Austin and the hundreds of small businesses – venues, theatres, vendors, production companies, service industry staff, and other partners that rely so heavily on the increased business that SXSW attracts.

We will continue to work hard to bring you the unique events you love. Though it’s true that our March 2020 event will no longer take place in the way that we intended, we continue to strive toward our purpose – helping creative people achieve their goals.

On Dec. 31, 2019, several cases of pneumonia in Wuhan, China were reported to the World Health Organization. Wild animals sold at The Huanan Seafood Wholesale Market were believed to be the source, so the business was closed by health authorities. Chinese scientists later suggested through a study that it was imported from elsewhere.

On Jan. 7, authorities identified it as the coronavirus or COVID-19. Four days later, the first death was confirmed in China. By Jan. 22, there are 547 confirmed cases in the country. China has since reached 80,552 confirmed cases and more than 3,000 deaths.

On Jan. 30, the first person in the United States was confirmed to be infected by person-to-person transmission in Illinois. Since then, more than 225 coronavirus cases have been confirmed across the U.S. with 12 deaths as of Thursday. The House passed $8 billion in emergency funding to fight the virus Thursday.

On Feb. 24, Marilyn Manson was among the first to cancel a trip to Asia with Live Nation revealing the shock rocker’s highly-anticipated performance at Hong Kong’s AsiaWorld-Expo on March 18 was no longer happening. While neither Manson nor Live Nation released an official reason for the cancelation, it’s assumed it’s related to coronavirus concerns.

Four days later, Green Day postponed their Asian tour. Set to embark out on the Hella Mega tour in support of their latest album Father Of All…, the leg would’ve have taken them through Singapore, Bangkok, Hong Kong and a few other notable dates.

Since then, Avril Lavigne, Set It Off, YUNGBLUD and Slipknot have also canceled their tours to Asia. Miami’s Ultra Music Festival postponed to 2021, and a petition to cancel SXSW began this week as corporate sponsors and artists such as Ozzy Osbourne and Trent Reznor pull appearances. Thursday night, the fourth person in New Zealand was diagnosed to have the coronavirus days after attending a Tool show.

Concerns over the virus have also affected the film industry. Disney made the decision to postpone the live-action Mulan release date in China after nearly 70,000 theaters were closed. The next installment in the James Bond franchise, No Time To Die, was set to open April 10 but has since shifted worldwide to November.

Currently, there isn’t a vaccine to prevent COVID-19, but the Center For Disease Control has shared some preventive measures. These include staying home when you’re sick and avoiding close contact with others who are ill. Avoid touching your eyes, nose and mouth, and cover your cough or sneeze with a tissue and discard immediately.

You can get more information on the coronavirus on the CDC’s website here.