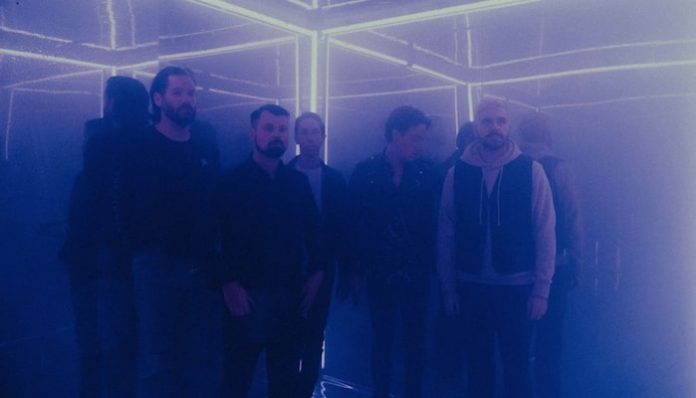 Silverstein are set to release their ninth full-length album A Beautiful Place To Drown this Friday (March 6) and they’re delivering another new track from the record titled “Madness.”

The song features guest vocals from New York rapper Princess Nokia who notably cites numerous metal and hardcore bands as an influence on her music.

Back in January, the band detailed their new album while dropping their song featuring Aaron Gillespie, “Infinite.”

Last June, the band also ended up celebrating the inking of a new record deal by joining forces with Caleb Shomo in a blistering single, “Burn It Down.”

They followed up “Infinite” with “Bad Habits,” which features Aaron Marshall from Intervals.

The band are also ringing in their 20th anniversary with a previously announced massive tour.

Hitting the road later this year, Silverstein will be joined on their 20th-anniversary tour by Four Year Strong and I The Mighty.

During the tour, the band will be performing three sets: Discovering the Waterfall in full, their greatest hits and a stripped-down acoustic set.

Silverstein vocalist Shane Told and Four Year Strong frontman Alan Day recently discussed their new albums as well as the tour with AltPress. The two bands have a lot of things in common yet have never toured together up until now and you can read more on that here.

Read More: Halsey says ‘Manic’ tour may be the last “for a very long time”

Now though, the band are focusing on their collab with Princess Nokia.

Give it a listen now!https://t.co/2tFmdBXvMJ

“We’d seen Princess Nokia mention that she was a fan of ours and we had to chance to hang out last time we were in NYC and just hit it off. ‘Madness’ was one of the early songs we had musically and it kept evolving until we knew it needed a strong female voice on it to put it over the top. The first person we thought of was Princess Nokia. She had an amazing take on the vibe and meaning of the song and absolutely killed the verse. She’s such a talented and kind person, it was amazing to collaborate with her,” says vocalist Shane Told.

Princess Nokia adds her own thoughts on what the collaboration means to her as a longtime fan of the band.

“Working on this record was really special to me because I’ve been a fan of this band since I discovered their first two albums. Silverstein holds a special place in my heart. Their first two albums were the soundtrack to my adolescence. They later were an inspiration in the making of my record a girl cried red. Through the release of that record came the introduction of the band when they invited me to their show in New York. Being asked to be a feature in this album was nothing short of amazing. I appreciate the guys for the opportunity and for wanting to include me in this era of their work. It’s been a really full circle experience and I cherish it dearly,” says Princess Nokia.

You can listen to “Madness” below.

A Beautiful Place To Drown is arriving March 6 via UNFD and is available to preorder here. You can see the band’s tour dates below.

What do you think of Silverstein’s song with Princess Nokia? Let us know your thoughts in the comments below.

Here’s why Emmure won’t tell you what their new single is...

Bob Nanna (Braid) explores the stages of grief on his next...