There’s no denying the Maine have accomplished a lot in their 12-year existence. They started out making their own records before signing to Fearless Records. They made it through the major-label machine unscathed, until they decided to go back to releasing their own music and having complete control over their careers.

Anyone that passionate about what they do deserves a forum for hindsight. Which is why APTV director Bobby Makar dug up some old minidiscs of the band’s stint on the 2009 AP Tour for their entertainment. The Maine were in support of headliners 3OH!3 and Family Force 5, just as the neon-punk trend was in full swing.

The exercise wasn’t a complete cringe-fest for the band. But they did get some laughs at each other’s expense.  Guitarist Jared Monaco tried to mask a serious flub by saying it was the deterioration of the recorded media format. Drummer Pat Kirch remembers this was the first time the band hired a coach for a tour and that comfort was key to the band’s well-being.

There are plenty of WTF moments. From videographer Brandon Sloter’s grandmother wondering what the heck an “AP Tour” is to the band pondering why it takes so long for frontman John O’Callaghan to put his shoes on after a gig, there’s all kinds of commentary to be had.

Read more: The 50 best albums of 2019 in alternative, punk, alt-pop and beyond including the Maine, Billie Eilish and more

O’Callaghan reveals that this AP Tour outing made the Maine feel like they were “on one of the big tours that we felt like a headliner on. It was neat to be part of something that felt so important at the time.” But more importantly, he looks at the teaching moments with remarkable clarity.

“I was expecting to feel real embarrassed,” O’Callaghan admits, ”but it’s a good representation of the way we go about being a band. In that whatever phase we’re going through, that’s really how we feel and it’s very authentic to the moment.”

“It also feels like not much has changed,” Kirsch offers before laughing. 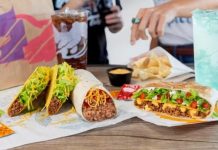 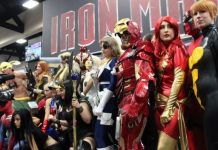 Marcy Playground – Comin’ Up From Behind