Apple just had its inaugural music awards, appropriately called the Apple Music Awards. Artists such as Billie Eilish and Lil Nas X came out with some awards marking their legendary 2019 year.

Apple Music’s editorial team is in charge of deciding the winners for the Global Artist, Songwriter and Breakthrough Artist categories. Apple introduced the awards today with the below tweet.

Behold the Apple Music Award: Built from the same laser-cut silicon wafers that power Apple’s microprocessors, it’s a unique token of appreciation for the artists whose work upended convention and dominated the conversation all year. #AppleMusicAwards2019https://t.co/9OZK3rOkcS pic.twitter.com/qQ2bwq0r1z

“Introducing the Apple Music Awards, a celebration of the best and boldest musicians of 2019 and the enormous impact they have had on global culture this year.” Apple’s website states. “The Apple Music Awards honor achievements in music across five distinct categories and winners are chosen through a process that reflects the service’s editorial perspective, combined with what customers around the world are loving most.”

“The Apple Music Awards are designed to recognize the passion, energy and creativity of the world’s favorite artists,” says Oliver Schusser, Apple’s vice president of Apple Music and International Content. “The musically diverse group of inaugural winners have sparked deep social conversation, influenced culture and inspired our customers around the world. We couldn’t be more excited to celebrate them.”

Billie Eilish won both Artist of the Year and Album of the Year. WHEN WE ALL FALL ASLEEP, WHERE DO WE GO? was the number one streamed album on Apple Music this year with over one billion.

Lil Nas X won Song of the year with the smash hit “Old Town Road” that turned him into an overnight superstar. Lizzo won breakthrough artist of the year and FINNEAS and Eilish will split the Songwriter of the Year award.

Apple Music tweeted for the winners. Check them out below.

Not too many teenagers—or artists of any age—have had a year like @billieeilish‘s 2019. Take a look back at her rise and see why she won the Apple Music Award for Artist of the Year and Top Album of the Year. #AppleMusicAwards2019https://t.co/9OZK3rwIOi pic.twitter.com/jcTvxiUcim

The creative partnership between @billieeilish and @finneas is the real story behind the year’s biggest musical phenomenon. Here’s a salute to Apple Music’s Songwriters of the Year. #AppleMusicAwards2019 https://t.co/9OZK3rwIOi pic.twitter.com/5fyh3Of7Ye

While we think another awards show is the last thing we need, we do think the actual trophy itself looks pretty cool. 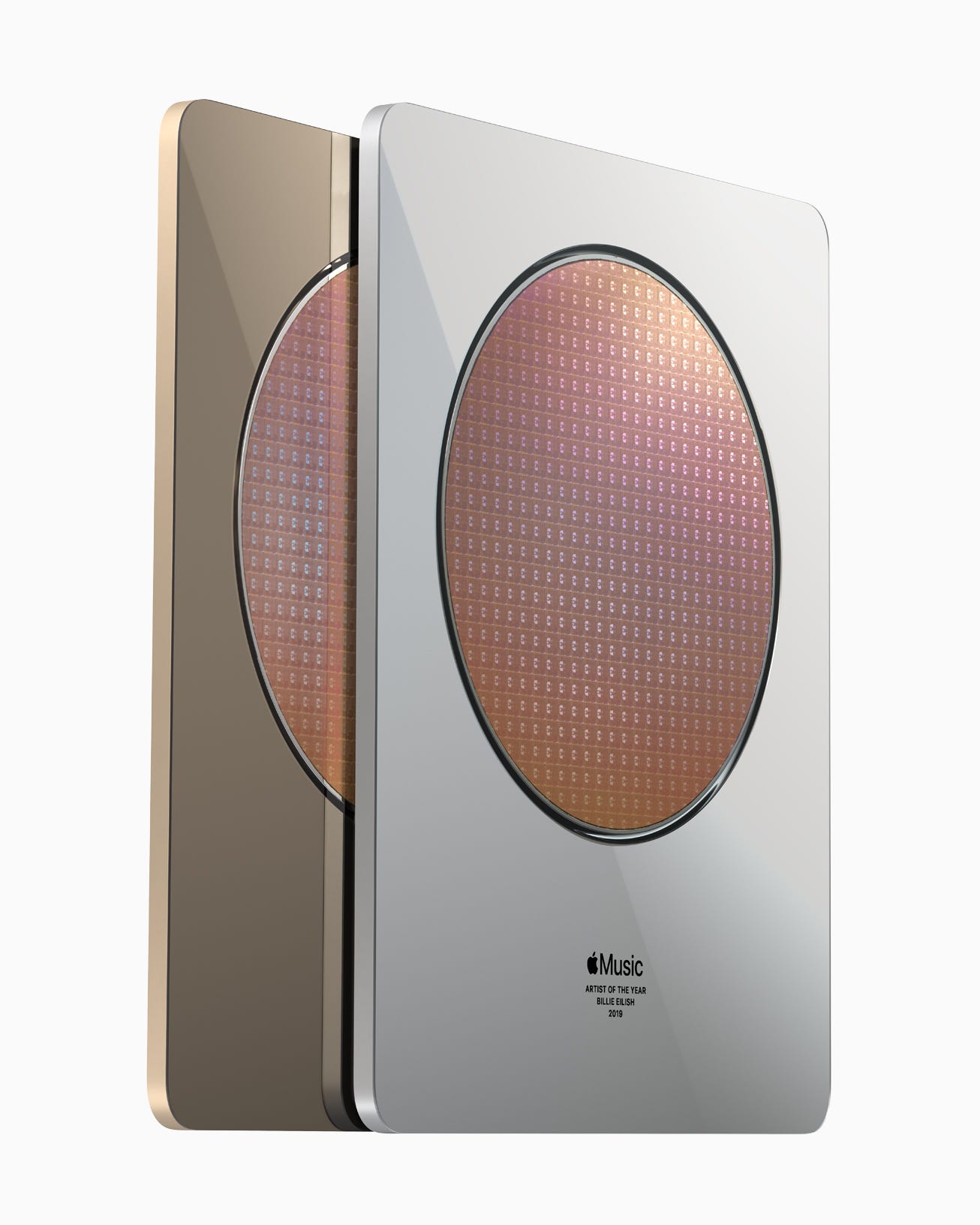 [Photo via Apple]What do you think of the Apple Music Award winners? Tell us in the comments below!

Radiohead – Climbing Up The Walls