Saosin haven’t released a new album since 2016’s Along The Shadow but we’re getting a taste of what’s to come from their upcoming fourth record.

The band’s guitarist and co-founder Beau Burchell gave fans a glimpse at some new riffs from the album through a clip of a song recording.

Burchell also shared a photo of the album folder where the files are being held showing the dates they worked on the record and how long it has taken to come together. Although it’s Thanksgiving weekend, they’re taking a bit of time to plug away at the new album.

“Creative juices be flowin. Feeling really good about LP4. #saosin. I’m also extremely thankful for everyone who continues to support me, saosin and my friends, letting us continue to create music and share it with you,” the posts read.

You can see those posts below.

Saosin are also set to perform two shows in December with Night Verses. They’ll be hitting the Garden Grove Amphitheater in Garden Grove, CA on December 20 and 21. Tickets are completely sold out for both shows.

Both nights are now sold out. See you soon! pic.twitter.com/yA4WTyQG0V

Are you excited about the upcoming fourth Saosin album? Let us know what you think in the comments below. 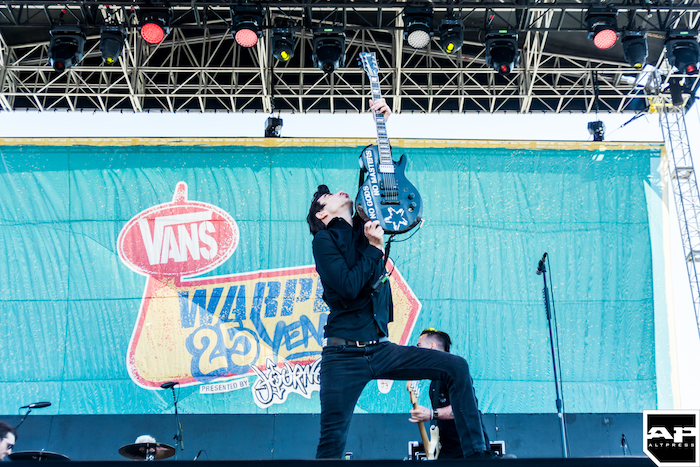 My Chemical Romance fans think this ‘Locke & Key’ nod is...

Third Eye Blind – Blinded (When i see you) Lyrics

Australian motorway to close for rolling AC/DC tribute concert on the...