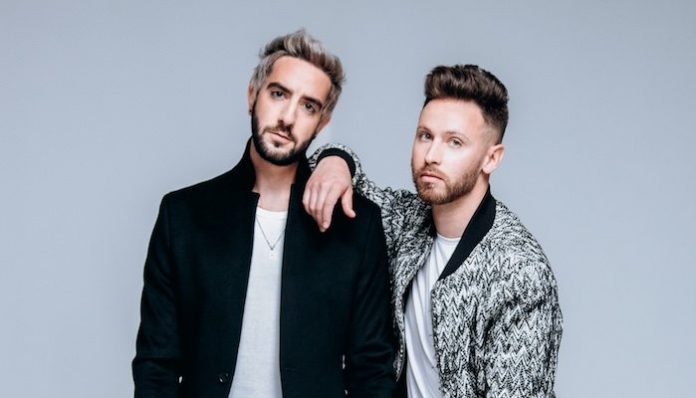 It’s hard to believe its been five months since All Time Low guitarist Jack Barakat first started posting teasers for his new project WhoHurtYou. Together with bandmate Kevin Fisher, the duo have continued to celebrate a year of firsts with their innaugural song, EP and now show.

Barakat is venturing into a more alt-pop sound with the new project with Kevin Fisher on vocals. The guitarist confirmed the project in June, opening up about how mental health and a big breakup kickstarted the collab. Following their first show announcement in September, the duo took to the stage for the first time last night.

The band made their live debut at the Moroccan Lounge in Los Angeles Tuesday night with FRND (aka producer Andrew Goldstein) as support. Check out some footage and photos of their performance below.

Barakat’s All Time Low bandmates Alex Gaskarth and Rian Dawson both took to social media to support the guitarist.

“Very proud of my boy Jack Barakat and his brotherboy [Kevin Fisher] for their first headlining gig ever,” Dawson shared. ‘If you’re in the LA area and missing this well we need not be friends.”

“THE BOYS WhoHurtYou are ripping their first gig tonight in LA and I can’t be there and it breaks my heart,” Gaskarth added. “Proud of and inspired by Jack Barakat and [Kevin Fisher] and what they’ve created togther. Have a good show, lads. Love you both. Everybody, else, dance your pretty faces off.” 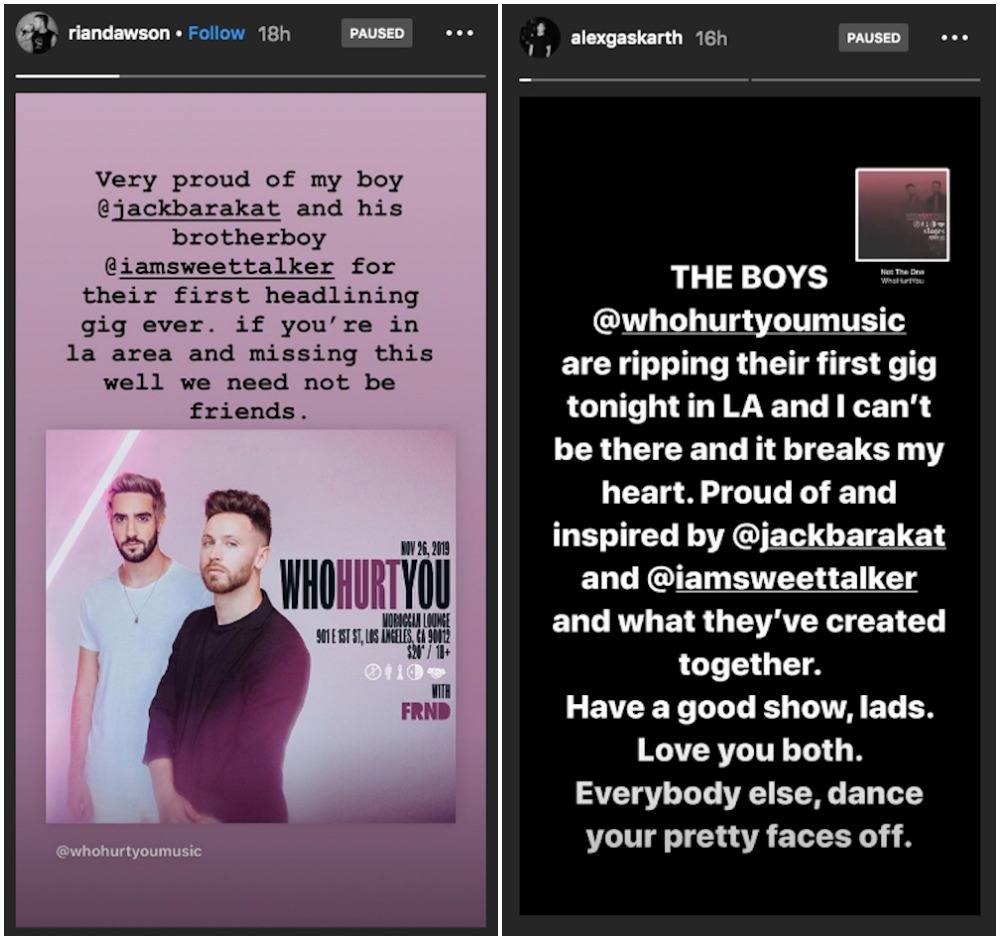 Thanks to everyone who came out to the first @whohurtyoumusic show last night. Means a lot to us ❤️❤️

The duo have two more shows on their schedule both of which will be alongside Twin XL supporting the Maine on their headlining the Mirror tour. Check out the remaining shows below with tickets here.

More on Jack Barakat and WhoHurtYou

Shortly after confirming the project’s existence with an important message on mental health, WhoHurtYou released their first single, “Wish We Never Met.” They followed it up with “Nobody Wins” in August and “Not The One” in October before their debut Stages EP in November.

“‘Not The One’ is a song about rushing into intimacy with new people shortly after a breakup,” WhoHurtYou shared on Instagram. “It’s about spreading yourself too thin by moving on sooner than you should all while wondering if your ex is doing the same. It’s a reminder to be true to yourself and take the time you need to heal.”

WhoHurtYou previously opened up to AltPress about breaking the mental health stigma and using their platform to promote the benefits of therapy and the importance of asking for help.

“I tried therapy years and years and years ago,” Barakat begins. “I’m talking like 10 years ago. I had only gone to one or two sessions. I had gone from one session to another session trying to find the right person. And I think it’s important to know just because they’re a therapist doesn’t mean they’re the right therapist for you. I had gone years ago and didn’t really like it that much and didn’t really find someone I had clicked with. Looking back, after finding someone I got along with and understood me and whatnot, I wish I had stuck with it and given those people more than one or two sessions. It’s important to know that therapy isn’t a “you go in and you’re fixed,” you know? You go in, and you’re telling your life story. You’re explaining all your things. It’s a very long process. The first time I started going with the right person, I’d found it just changed me and made me realize I’m not crazy. [Laughs.] The thoughts I’m having are normal and what everyone goes through.”

The band unleahsed their first EP, Stages, via Fueled By Ramen. The release chronicles the stages of a breakup and can be streamed here. Following the EP debut, the band shared a fun take on a Katy Perry classic, “The One That Got Away,” which you can check out here and below.

Which city do you hope WhoHurtYou make it to next? Let us know in the comments below.

AMC and other movie theatres cut capacity in half over coronavirus

Which ‘Tiger King’ star are you based on your music taste?

Tom Hanks and Steven Spielberg are producing a ‘Band of Brothers’...

10 records their fans should hear, from Jagger to Gerard