Home News Quentin Tarantino refuses to recut ‘Once Upon A Time In Hollywood’ for...

Quentin Tarantino will not recut Once Upon A Time… In Hollywood for the Chinese market in the wake of Chinese regulators pulling it a week before its scheduled release.

According to The Hollywood Reporter, the director is taking a take-it-or-leave-it stance after the acclaimed movie, which was due to be released in China on October 25, has been put on hold indefinitely.

No explanation was given to Sony Pictures Entertainment, the studio behind the movie, as to why it was pulled from the schedule, but it has been speculated that it has something to do with Tarantino’s portrayal of late martial arts hero Bruce Lee, who was of Chinese descent.

Shannon Lee, the legendary martial artist’s daughter, has long opposed Tarantino’s description of her father as a “kind of an arrogant guy.”


Responding to Tarantino’s comments, Shannon Lee said: “He could shut up about it. That would be really nice. Or he could apologise or he could say, ‘I don’t really know what Bruce Lee was like. I just wrote it for my movie. But that shouldn’t be taken as how he really was.’”

Tarantino, who is known to have final-cut rights included in his contract, has no plans to recut Once Upon A Time… In Hollywood, especially given that China has offered no explanation for what is objectionable in it.

The movie would have marked Tarantino’s first proper release in China and tapped into the country’s enormous box office potential. It currently sits at $366 million, and the Chinese market could have taken it over the $400 million mark.

Starring Leonardo DiCaprio and Brad Pitt, Once Upon A Time… In Hollywood depicts an ageing Hollywood actor and his stunt double as successful new actor Sharon Tate (Margot Robbie) moves in next door.

The movie is based on the real-life killing of Tate by disciples of the Manson Family cult.

Elsewhere, it was revealed that a scene in Once Upon a Time in Hollywood, featuring Bruce Lee, was changed after Brad Pitt expressed concerns about it. 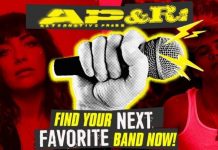 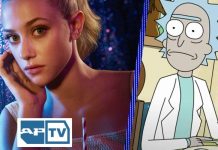 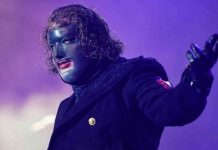 Another My Chemical Romance show has been postponed