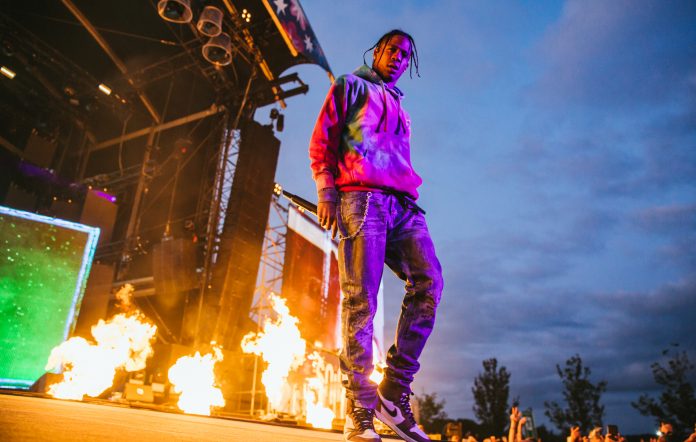 The sneaker collab was released yesterday

The ‘Astroworld‘ artist dropped his spin on the classic sneaker yesterday (October 11), which have a retail price of $250 (£198). Available in a wide range of sizes, the limited edition shoes have been selling for up to $1,200 (£949) online.

You can check out the full Travis Scott collection and the current resale prices here.

Back in July, Nike announced the release date for Travis Scott’s take on their Nike Air Max 270 React sneakers. The shoes will hit the shelves in Spring 2020, with a retail price tag of $190 (£150) and colour schemes including light cream and dark hazel.

In other news, it was announced earlier this week that Travis Scott will headline Lollapalooza South America 2020 alongside The Strokes and Guns N’ Roses. This came shortly after Scott released his highly anticipated new single, ‘Highest In The Room’.

The song marked Scott’s first solo material since releasing his acclaimed 2018 LP ‘Astroworld’. Since its arrival, the star’s guested on several songs, including Post Malone’s ‘Take What You Want’ Ed Sheeran’s ‘Antisocial’, and ‘Power is Power’ for an album of music inspired by Game Of Thrones.