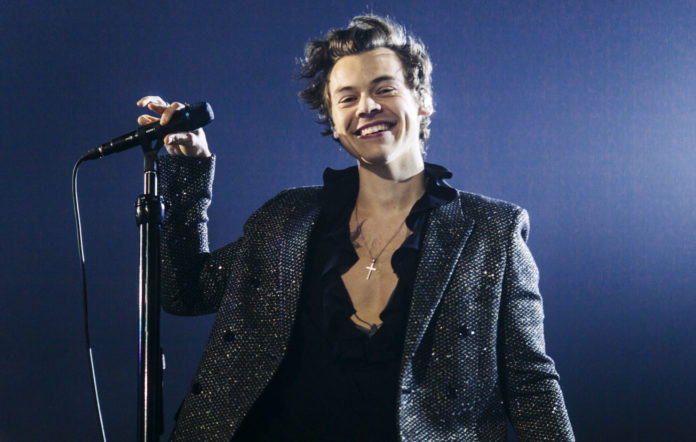 It’s the first preview of what looks like a project called ‘Do You Know Who You Are?’

Harry Styles is back with new music, sharing comeback single ‘Lights Up’.

It comes after photos of huge billboards emblazoned with the message “DO YOU KNOW WHO YOU ARE?” were posted online yesterday (October 10).

The new song is Styles’ first new music in two years, and it premiered as the clock struck midnight on the east coast of the US this morning (October 11).

‘Lights Up’ comes along with its own moody video – watch and listen below.


Styles has recently discussed the creation of his upcoming new album in an interview with Rolling Stone. In particular, he details the story of how he took magic mushrooms while recording the upcoming record, and ended up biting off the end of his tongue.

“Did a lot of mushrooms in here,” he said of Malibu’s Shangri-La studios. “We’d do mushrooms, lie down on the grass, and listen to Paul McCartney’s Ram in the sunshine.

“We’d just turn the speakers into the yard. This is where I was standing when we were doing mushrooms and I bit off the tip of my tongue. So I was trying to sing with all this blood gushing out of my mouth. So many fond memories, this place.”

It was recently revealed that Styles has taken himself out of the running to play the role of Prince Eric in Disney’s upcoming live-action remake of The Little Mermaid after he was touted for the role.