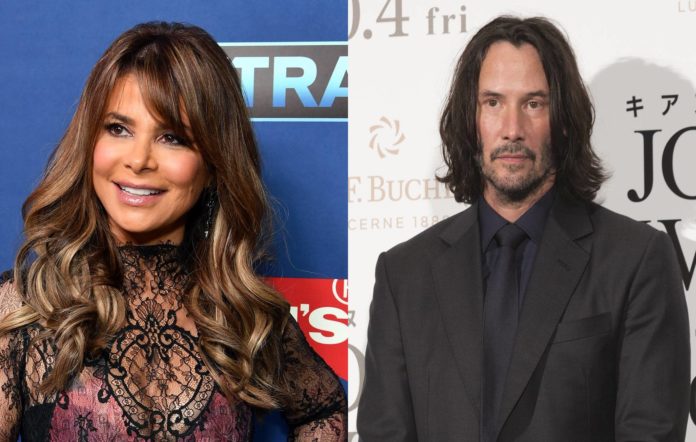 Paula Abdul has revealed that she once caught Keanu Reeves “air guitaring in his underwear”.

The pair were filming the music video for Abdul’s 1991 track ‘Rush Rush’ at the time.

Chatting as part of Watch What Happens Live yesterday (October 9), the singer was asked about rumours that the pair were dating around the time of the ‘Rush Rush’ video, to which she replied “I wish”.


She then revealed a particularly brilliant anecdote from the 1991 video shoot, when she found Reeves in his trailer getting particularly into a song whilst wearing headphones.

“It was like the funniest thing. I wanted to introduce myself to him, I hadn’t met him yet,” she remembered. “And I went up to his trailer and the door was slightly open. He had headphones on and he was air guitaring in his underwear.

Reeves is set to star in The Matrix 4 as the sci-fi classic returns for a new edition, with production kicking off in 2020. Yesterday (October 9), it was revealed that Greatest Showman and Aquaman actor Yahya Abdul-Mateen II has signed up to play a lead role in the new film.

Last month, Reeves revealed a little of what to expect from The Matrix 4, saying: “It’s very ambitious, as it should be!”

The actor is also set to produce Ballerina, a new John Wick spin-off with a female lead, announced this week.

Watch Foals’ track-by-track guide to ‘Everything Not Saved Will Be Lost:...

Anberlin surprise fans by revealing plans for their first music in...