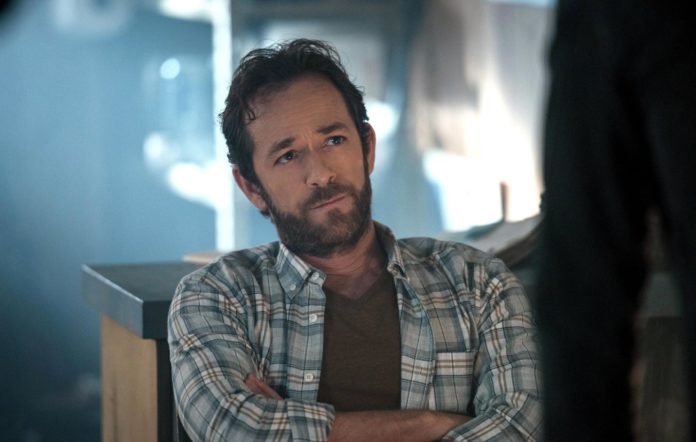 In March of this year the cast and crew of Riverdale suffered an immeasurable loss. Cast member Luke Perry died at his home in Los Angeles after suffering a stroke. The beloved actor was mourned by his co-stars, who rallied around each other and paid tribute to him. But with the new season of Riverdale having just begun, it’s now time for the fictional town’s residents to mourn his character Fred Andrews.

When they first started work on the episode, the production team wanted to create something that honoured Luke properly. “Very early on, we landed on the idea that Fred should have a heroic death and that that would be impactful for Archie,” showrunner Roberto Aguirre-Sacasa told TheWrap, adding: “It felt like that’s a way that Fred could have gone. You know, after that we really, again, said that this episode really isn’t going to launch any huge stories for the season, it was really gonna be focused on that and the emotional effects of that passing for everyone…”

They’ve achieved this admirably, with an emotional and poignant opening to the teen drama’s fourth season. Last time out, Perry’s absence was explained with his character, Fred Andrews, away on a business trip. Aguirre-Sacasa clarified this decision, saying that when the show addressed Perry’s death they “didn’t want to rush that or get it wrong”. This way they got an entire episode to grieve. Moving away from the melodrama that usually permeates the narrative, ‘Chapter Fifty-Eight: In Memoriam’, was an understated affair (perhaps Riverdale’s most understated ever), focussing on the town’s reaction to Fred Andrews passing.


The episode opens on the teenage characters preparing for their senior year of high school. Whilst enjoying a milkshake at local haunt Pop’s Diner, Archie Andrews (KJ Apa) receives a call from the police telling him his father, Luke Perry’s Fred Andrews, was killed in a car accident.

It’s later revealed that Fred Andrews was actually killed in a hit and run, after he’d pulled over to help a stranded driver whose car had broken down. The rest of the episode follows Archie and co. as they bring back Fred’s body from the neighbouring county.

KJ Apa beautifully conveys Archie’s grief, cycling through anger (as he finds and confronts the driver of the car), denial (asking friends to identify the body for him) and acceptance (when he finally forgives the car’s drivers). The rest of the gang rally around him, sharing memories of Fred Andrews and supporting each other as they come to terms with what’s happened. Every performance, when put into context, is exceptionally brave. Especially when you consider the fact that these young actors are dealing with real life grief – and not just the loss of a beloved character.

Aguirre-Sacasa made good on his promise to give Fred a hero’s death, and dealt with the tragedy sensitively. Particularly moving moments, such as when Sheriff F. P. Jones (Skeet Ulrich) accompanied Archie and the body with a police escort back to town, were a nice touch. Hundreds lined the streets with banners and messages of love to Fred. Guest appearances included Luke’s Beverly Hills and 90210 co-star Shannen Doherty (who played the motorist Fred had pulled over to help). A lovely personal extra. Scattered throughout the episode were snippets of old footage featuring Perry as Fred (through flashbacks), as well as photos provided by Perry’s family.

The episode finishes with Archie and his classmates letting off fireworks in remembrance of the character. Speaking at Fred’s funeral, Archie tells the mourners: “His spirit and his memory lives on in this town and in everyone he’s met. Fred Andrews will always be a part of Riverdale.” And so too, through this beautiful in memoriam episode, will Luke Perry.

Riverdale airs every Thursday on Netflix

10 records their fans should hear, from Jagger to Gerard