Home News Who got Dee pregnant in ‘It’s Always Sunny…’? 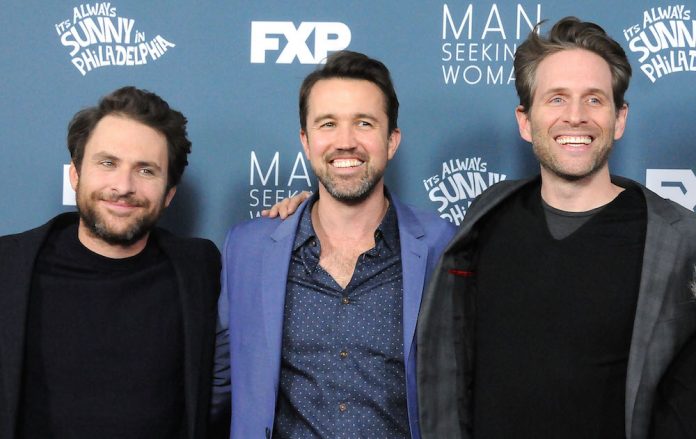 Season six, episode seven of It’s Always Sunny in Philadelphia saw one of The Gang up the duff. No, we’re not talking about Frank but everyone’s favourite avian accomplice, Sweet Dee Reynolds. The question on everyone’s lips, though: “who’s the daddy?”

The episode in question was framed as a sexy whodunnit, each character piecing together various hazy memories of a Halloween party in which the Deandra’s impregnation allegedly occurred.

Dee, has previously stoked the flames by insinuating that one of the gang is in fact the daddy to her unborn child, forcing them to try and piece together the drunken night to work out who might have done it with Dee.

After many capers, the gang eventually coming to the conclusion that Dennis has accidentally fornicated with his sister due to a masked-ball mix up which renders him a big vommy mess.

The episode ends with Dee revealing that she lied and that none of them are the father, but because they’re all such idiots, she’s not going to tell them his true identity.

It is not until several episodes later, in the series finalé, that we find out who got Dee pregnant. While in the hospital giving birth, the rest of the gang (bar Dennis who is tasked with remaining by her side) are on a mission to round up all of Dee’s past sexual partners to deduce who the father is.


Ben, Bill Ponderosa, Rickety Cricket and rapper, Lil Kev are all possible contenders but talking to them only adds to the confusion.

This plan leaves them none the wiser, but when Dee is wheeled out with the baby, and immediately hands it over to another couple, all is revealed.

Mac’s transgender ex-lover Carmen is the father of Dee’s baby. She is now in a relationship with another man who is unable to have children so Dee acted as a surrogate for the pair.

Everyone breathes a sigh of relief at the fact the child will not be raised with Dee as a mother.

The cute twist in the tale is that Kaitlin Olsen who plays Dee in the show was in fact pregnant with her husband Rob McElhenney AKA Mac’s baby at the time of filming. They started dating a year after It’s Always Sunny… started and are still a couple in real life. How blimmin’ lovely.

Hulu reveals everything coming to and leaving the service in March