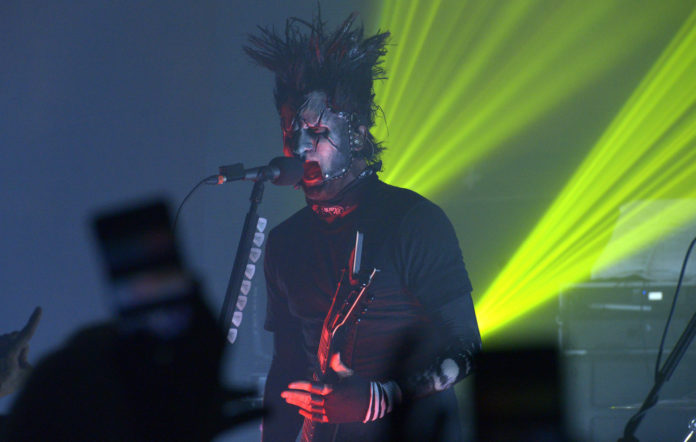 His neck tattoo has given the game away

The much-speculated identity of Static-X singer Xer0 has finally been revealed – all thanks to the musician’s tattoo.

Four years on from the death of their frontman Wayne Static back in 2014, the nu-metallers announced last year that they’d be reuniting in tribute to their late bandmate. Earlier this year, they revealed their mysterious touring vocalist, Xer0.

With the newcomer hidden behind a sinister mask, fans of the LA group have long been wondering who he could be. Their efforts of identifying the singer have proved fruitless – until solid proof arrived earlier this week.

As Metal A Day notes, the frontman is in fact Edsel Dope of the industrial metal band Dope. The publication clocked that Xer0 and Dope share a seemingly identical neck inking – check out a composite image over on MetalSucks.


Most fans will already be aware of Static-X and Dope’s connection, given that the acts have toured together a number of times in the past and share a similar sound.

Despite being out on the road with the band, Edsel Dope hasn’t contributed to Static-X’s upcoming new studio LP, ‘Project Regeneration’. The album, which is due for release in May next year, contains unearthed vocals from Wayne Static.

Static-X are currently out on a European tour with Dope ahead of further dates in the US over the coming months.