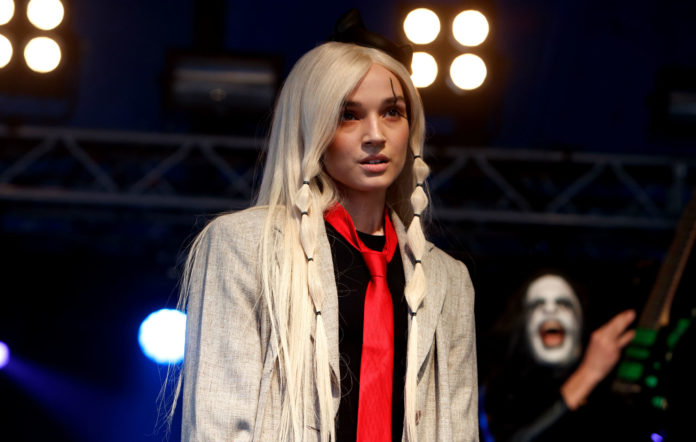 Poppy has announced a new set of UK and European tour dates for March 2020.

The LA artist will release her third album ‘I Disagree’ on January 10, which’ll be the follow-up to 2018’s ‘Am I A Girl’. She’s already previewed the title track and the song ‘Concrete’ from ‘I Disagree’.

Poppy has today (October 9) announced the UK and European legs of her upcoming ‘I Disagree’ tour. The run of shows will begin in Manchester on March 12, before wrapping up in Madrid on March 30. You can see the tour announcement below.


Poppy will also headline NME‘s latest Girls To The Front event, which is set to take place on Halloween (October 31) and will appropriately be renamed Ghouls To The Front. Tickets are free, and you can find more information about the gig here.

Tickets for Poppy’s latest tour go on sale this Friday (October 11). See the dates below.

Speaking to NME at this year’s Reading Festival, Poppy spoke more about making ‘I Disagree’ and meeting Marilyn Manson for the first time.