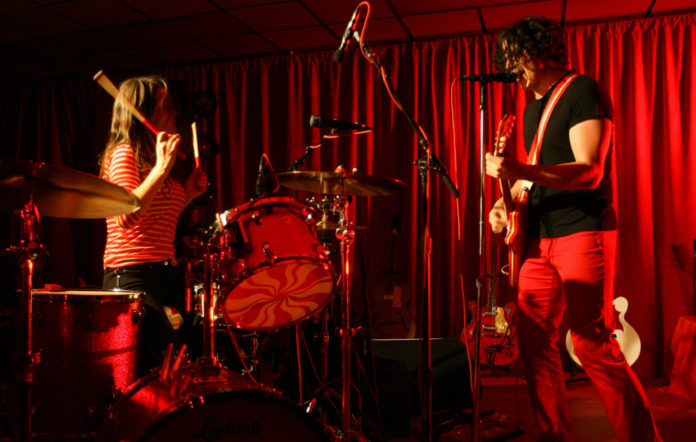 ‘Striped: The Story of the White Stripes’ tells the band’s story “from the people who witnessed it firsthand”

Third Man Records have launched a new podcast about the early days of The White Stripes – listen to the first two episodes below.

Produced by Jack White‘s record label and Misfire, Striped: The Story of the White Stripes is hosted by Kentucky journalist Sean Cannon.

A Third Man-written synopsis for the podcast explains more about the programme. “Two decades ago, The White Stripes hit the scene in a real way. Jack and Meg White dropped their debut album, blew minds, toured with Pavement, and sowed the seeds of worldwide rock and roll domination — with some bumps along the way.

“In season one, you’ll hear that story from the people who witnessed it firsthand.” You can hear the trailer for the podcast below.

Coming Soon: Striped Season One! by Striped: The Story Of The White Stripes

In season one of Striped, music journalist Sean Cannon takes you through the early years of The White Stripes by talking to the people who witnessed it all firsthand – from a young Jack White practicing loudly in his attic to The White Stripes wowing their tourmates Pavement in late 1999.


Interviews with members of such bands as The MC5, Pavement, The Raconteurs, The Detroit Cobras, The Dirtbombs and The Soledad Brothers — as well filmmaker Lance Bangs — are expected to be heard across the first season.

You can listen to the first two episodes of Striped: The Story of the White Stripes on Apple Podcasts here, or on any other major podcast platform.

Last month, a live recording of the final White Stripes gig before their 2011 split was released online.