Warning: Use of undefined constant WPE_CLUSTER_ID - assumed 'WPE_CLUSTER_ID' (this will throw an Error in a future version of PHP) in /home/bestweb4/public_html/buzz935.com/wp-content/mu-plugins/wpengine-common/plugin.php on line 14

Warning: Use of undefined constant PWP_NAME - assumed 'PWP_NAME' (this will throw an Error in a future version of PHP) in /home/bestweb4/public_html/buzz935.com/wp-content/mu-plugins/wpengine-common/wpe-sec.php on line 63 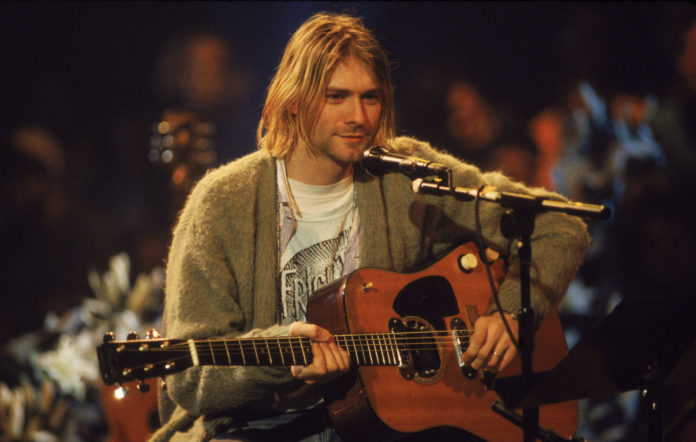 The green cardigan Kurt Cobain wore during Nirvana‘s iconic MTV Unplugged performance is heading to auction for the second time in four years.

The grunge trio’s acoustic performance on the MTV series was recorded live in November 1993, five months before Cobain’s death at the age of 27. Footage of the performance and the posthumously released live album, ‘MTV Unplugged in New York’, quickly entered into Nirvana folklore following the frontman’s 1994 passing.

The cardigan, which has reportedly never been washed, last sold at auction in November 2015 for £93,000. Now its current owner, an unnamed businessman, has put it up for auction after preserving the garment in acid-free tissue in a safe over the past four years.

Speaking to Rolling Stone, Julien’s Auctions auctioneer Darren Julien said it was “very important” that Cobain’s cardigan remains unwashed. “The stains are still there. There’s even cigarettes burns that you can see on the sweater.”


Julien’s will oversee the sale of the cardigan on October 25, with bids expected to reach up to $300,000 (£245,000). Julien added that rock’n’roll memorabilia has recently become “not just a collector’s market — it’s an investor’s market”.

“The person that bought the sweater in 2015 bought it as an investment. Now, because we’ve been getting record prices for Kurt Cobain, people are starting to sell it. We anticipate that it will sell for more than double.”

Last month, it was announced that a special edition vinyl reissue of ‘Unplugged In New York’ will be released in November to mark the 25th anniversary of the record’s 1994 release.

Against Me! reveal spring co-headlining tour with Baroness