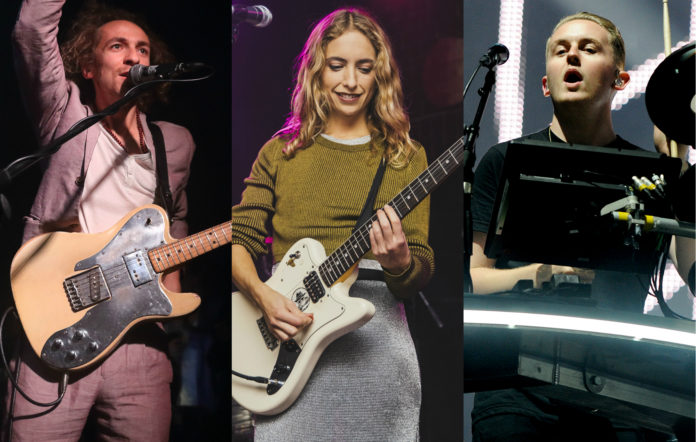 The pop-up gigs have been taking place in Trafalgar Square

Members of The Wombats, Disclosure, Pumarosa, and Mystery Jets are among the acts who have performed at London’s Extinction Rebellion protests this week.

The climate change activist group set up camps across the capital on Monday (October 7) and have continued to protest throughout the week. They plan on remaining in central London for a total of 14 days and nights in a bid to prompt Westminster to take action to reduce carbon emissions nationwide.

With pop-up performances taking place as part of the protests, a number of big names from the music world have made surprise appearances to show their support.

Earlier today (October 9), Music Declares Emergency’s Instagram uploaded an image of Electronic duo Disclosure performing in Trafalgar Square. In the snap, the ‘White Noise’ outfit are seen on the decks at the tourist hotspot beneath a white gazebo – you can see that and footage uploaded by Disclosure themselves below.


Images have also been shared of Mystery Jets’ William Rees, Pumarosa, and The Wombats’ Dan Haggis taking to the stage at the London landmark. You can see those posts below.

These appearances come after Declan McKenna played a last-minute gig on The Mall in support of the cause. The singer performed under the South African Royal Artillery Memorial to a crowd of around 50 people, marking his first UK gig in over a year.

In other news, Radiohead‘s Jonny Greenwood has spoken out against the criticism being levelled at climate change activists and musicians in a new interview.

10 Vans collabs from some of your favorite bands