Home News A Tekashi 6ix9ine docuseries is coming to Snapchat 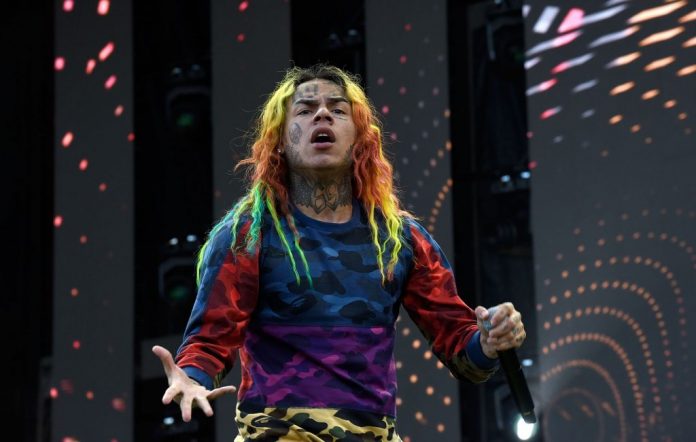 It’ll capture his rise and fall…

Tekashi 6ix9ine‘s rise to fame and subsequent legal issues will be documented as part of a new documentary series on Snapchat.

The controversial rapper, real name Daniel Hernandez, will be the first subject of ‘Vs The World’, an ongoing video franchise series that will debut on the photo sharing app.

According to TMZ, it will be produced by Complex and documents how the rapper came to prominence in 2017. It’s set to feature interviews with the likes of DJ Akademiks, Ebro Darden, Adam22, Tory Lanez, Cuban Doll and other artists who have worked with Hernandez.

It will also focus on his ongoing legal battles, after he pled guilty to charges of racketeering conspiracy, multiple firearms offences, narcotics trafficking, and more.


In the last week, Hernandez has testified against two members of the Nine Trey Bloods gang to reduce his own sentence.

The rapper took the stand at Manhattan Federal Court last week to testify during the trial of Anthony “Harv” Ellison and Aljermiah “Nuke” Mack.

Both men are facing federal racketeering and firearms charges, while Ellison is also being tried for his links to the alleged kidnapping and beating of Hernandez last year.

It’s since been claimed that Hernandez could enter witness protection, after it was feared that his testimonies against the Bloods could see him become a target for the gang.

“Despite how connected we are, and the appetite for social media content in this country, there are places where, if this kid gets a haircut and wears normal clothes, no one would know or care who he is,” said former FBI official Jay Kramer.

There is the issue of Hernandez’s distinctive look, however. Although his rainbow-dyed hair is said to have faded since his arrest, he has a huge 69 tattooed on his face.

Yesterday, his testimonies were mocked by Snoop Dogg – who branded the rapper a “snitch” and compared him to his friend, TV star Martha Stewart.

Cove Reber on his first time being onstage with Anthony Green...