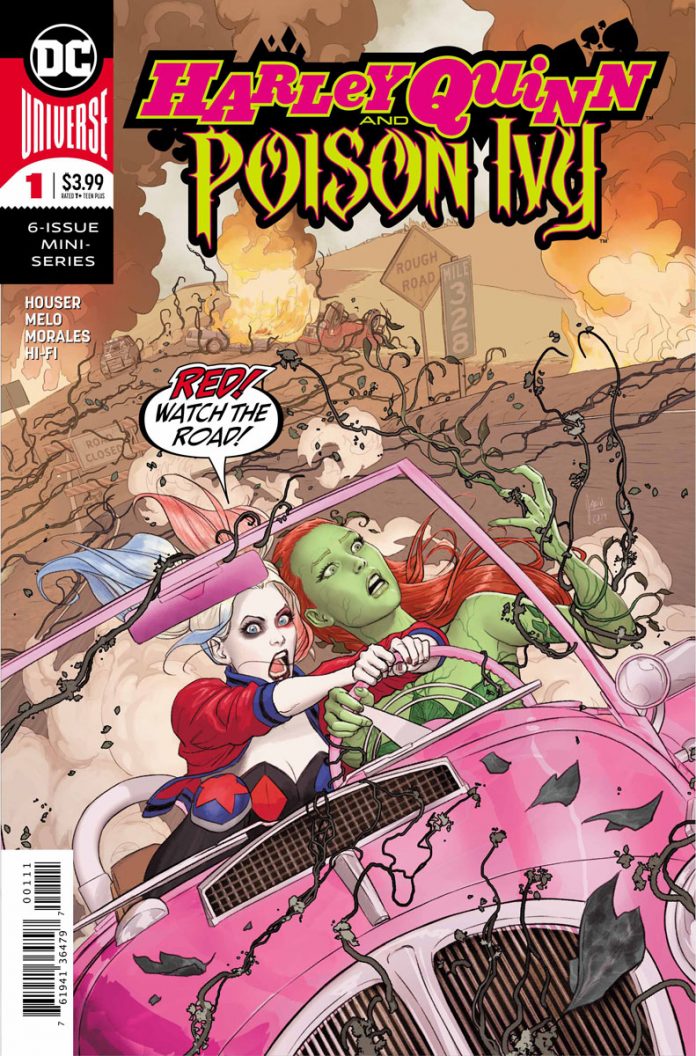 After crossing over with Archie Comics and appearing for short runs in Batman and Heroes in Crisis,  the best new couple in DC finally get their own mini series. In case you need a refresher, Poison Ivy, aka Pamela Isley, rules over plants after an accident. She generally works as an eco-terrorist and often, its the means that make her a villain, not the ends. Harley Quinn, aka Dr. Harleen Quinzel, worked as a psychiatrist for Gotham’s worst criminals before falling for the Joker. The relationship was toxic, though, and Harley eventually dumped the Joker. She exists now between the categories of anti-hero and villain, depending the comic. Just don’t try to figure out how she is simultaneously free in her comic and incarcerated in Suicide Squad.

If you skipped Heroes in Crisis, died for a few issues. Harley fought the better part of the Justice League and escaped them in order to help find her murderer. Then Poison Ivy came back. She grew from a flower, though she consists purely of plants now. She shed her humanity, at least biologically. Now, to quote this issue, she is “naked and inside out and green…” in appearance. 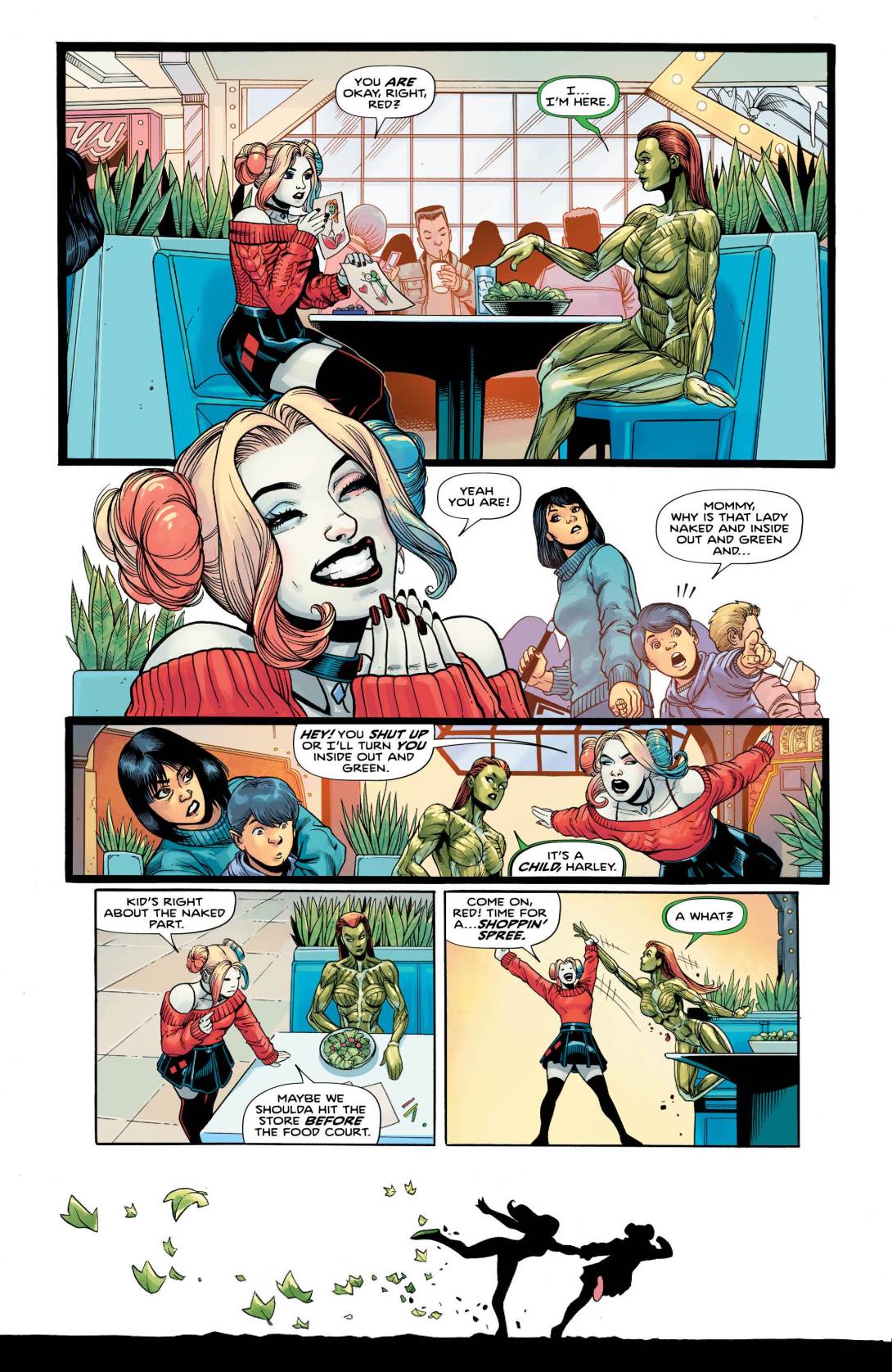 The captivating couple live in the suburbs now, laying low until Poison Ivy improves her control of her new form. Unfortunately, Ivy lasts only a couple of hours before becoming a pile of, well, ivy. Lex Luthor, during his gift giving for Year of the Villain, gave Harley a special gift for Ivy. Against her better judgment, Harley gives the gift to Ivy. Things go wrong from there.

After years of serving as just the ex-girlfriend of the Joker, its always a pleasure to see Harley Quinn have story lines outside of him. The blossoming romance with Poison Ivy changes the character for the better, as we see the two of them in a healthy, supportive relationship. They understand each other compeletely, and they bring out the best in each other without asking the other to change. They just love and believe in each other.

Jody Houser’s writing captures the characters perfectly. They live on the paper as real people, and not just characterizations we have seen for decades. I loved  how the story focused more on Poison Ivy’s realm then Harley Quinn’s past, giving her room to grow and mature. Besides, as one of the more nuanced Batman villains, Poison Ivy never gets enough spotlight. She always follows her code, even if its not the most kind toward human men. Seeing the two question their place in a world going crazy feels intimate and natural.

The art team performs exceptionally. I have had fault with some of the inconsistent art DC has put out in the last year, but I have no complaints about this team, other than Harley’s face in one small panel . The lines drawn by Melo create a fun world, full of technical skill. The details, like the stuffed unicorn, make the story feel more like a Harley Quinn comic than any “Puddin.” Morales’s inking accentuates those lines without distracting the reader, drawing the reader to the more imporant parts of the panel. Hi-Fi’s color continue to remain top notch, as always. The unexpected star of this comic is Downie. Her lettering captures the emotions of the characters, from bolding to emphasis to cramming them toether to show quick chattering.

Verdict: BUY! This comic’s debut serves as an unexpected surprise. The team here loves these characters, and clearly strived to create a great story abouth the duo. The best part, they suceeded.